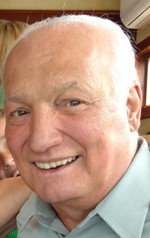 Born in East Harlem on August 5, 1947, he was the son of Pasquale and Teresa (LaPetina) Peduto. John had worked for the Arlington School District for 24 years until his retirement in 2013. He was a parishioner of St. Columba Church, and a member of the Sons of Italy. He coached baseball and soccer for the Town of East Fishkill. He enjoyed playing poker and having his pool open for all to use, but more than anything, his family meant everything to him.

On October 10, 1970 at St. Philip Neri Church in the Bronx, John married the love of his life Marie Anne Rosato who survives at home. He is also survived by his children, Patrick Peduto of Jupiter, FL, and Carrie Ann Stock and her husband Lawrence of Pleasant Valley; his grandchildren, Garrett, Kyle and Julianna; his sister, Jo-Ann Rola of Tampa, FL; and many nieces and nephews. He was predeceased by his sisters, Suzan Catino and Camille Fortin.