In Memory of
Justo George \
Cameron
1947 - 2018
Click above to light a memorial candle.
Memorial Candle Tribute From
McHoul Funeral Home, Inc.
"We are honored to provide this Book of Memories to the family."
View full message >>>
Send Flowers
Plant a Tree In Memory of Your Loved One
Click Here
Menu 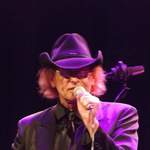 Born in Manhattan on October 16, 1947, George was the son of the late Justo and Dominga (Alvarez) Cameron.

He is survived by his sister, Marilyn Cameron-Wood and her husband Michael of Wappingers Falls; his nieces and nephews, Michelle and Mike, Lisa, William and Leigh, Christina, Eric and Tara, and Alison; and his great-nieces, Rebecca, Kylie, and Brooke.

George was a founding member of the baroque pop band, the Left Banke, which gained popularity in the late 1960’s for their hit singles, “Walk Away Renee” and “Pretty Ballerina”. George’s involvement with the band remained until his death, often hosting reunion concerts and tours, releasing additional songs and albums, and performing at many children’s charity events throughout New York City.

Donations may be made in George’s memory to St. Jude Children’s Research Hospital. Please visit his Book of Memories at www.mchoulfuneralhome.com.