In Memory of
Camile Valentino
Price (Marinaccio)
1930 - 2018
Click above to light a memorial candle. 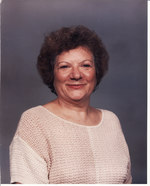 On 16 May, 1930, Rachel and Lawrence Marinaccio of Beacon, NY were blessed with the birth of their first child, named Camile after her mother’s favorite film (the silent version) with a slight idiosyncratic spelling. Ever the precocious youngster, Camile proved to be an avid and excellent student, excelling academically as well as musically, playing piano from an early age, learning the classics—Chopin, Bach, Tchaikovsky, Strauss—and the popular music of the day—Cole Porter, Johnny Mercer, Duke Ellington. Graduating from Beacon High School 2nd in her class in 1948, she worked for Bobrich Mfg. Co. to earn money to attend Krissler Business Institute, where she learned the basics of business administration, while also exploring her more creative side by playing piano in a jazz band in local night clubs.

It was at this time that she started dating a young man from Marlboro, Joseph Valentino, who did not approve of her playing with shady jazzmen, to which she replied that since she had no ring on her finger he could not tell her what to do. Soon thereafter, she did have a ring on her finger, and she forsook the jazz scene for marriage, becoming Mrs. Camile Valentino. She then put her business acumen to good use by opening Val Mar Food Store with her mother, on property bought in 1952 by her father on Route 52 in Fishkill, NY. Camile ran the business side, doing the books and handling the money, while Rachel did all the cooking. It was a hit, there not being much local competition for Rachel’s outstanding cooking abilities.

Daughter Judy was born in 1956, and in 1957 the young family moved to Arcadian Acres in Fishkill, where son Joseph was born in 1960. 29 March 1971 disaster struck the family when husband Joseph died at age 43. Having sold the deli business in 1970 to care for her ailing husband, Camile started work in Fishkill Town Hall in 1971, when supervisor Herbert Muller asked her to be his bookkeeper. She was appointed Budget Director and Deputy Supervisor in 1972.

In 1978, Camile married Richard Price, who worked at IBM, was a Town of Fishkill policeman, Dutchess County Deputy Sheriff, and volunteer fireman for Chelsea Fire Dept. Dick was also an avid Yankee fan, while Camile was an ardent Met fan. Together, they took several road trips across the country, scheduling their travels to coincide with those of the NY teams in various cities and ballparks. They loved driving from city to city, catching as many ball games as they could, striving to see every major league ballpark and visit every state as well. Being an original Brooklyn Dodger fan, Camile was delighted to catch a game in Los Angeles when the visiting NY Mets defeated the hometown Dodgers with the winning run coming from an RBI double by pitcher Tom Seaver. Ever the enthusiast, Camile smacked a Met haggler—on the shoulder--sitting in front of her with her scorecard saying: “How’s that for a pitcher?!”

Their dream of visiting all 48 continental states was nearly fulfilled when Dick fell ill on their way to Seattle and they had to turn back, Camile driving the whole way herself. Dick died one month later, in August 1994.

While serving on the Fishkill Town Board, Camile was appointed to the Dutchess County Legislature in 1990, and served there until retiring in 2007.

In 2005, Camile married for the 3rd and final time, to Robert Paternoster, a fellow parishioner at St. Mary’s Church, Fishkill. A devout Catholic all her life, Camile performed the duties of Eucharistic Minister and Treasurer for her parish, as well as teaching CCD for a number of years.

Always a strong, capable, and driven woman, Camile proved that she could succeed in whatever field she chose, and that she could compete in a ‘man’s world’ in her own way and on her own terms. From running her own successful business in the 1950s-60s, to planning Budget and Finance on the local and the County levels, Camile performed with distinction in fields generally dominated by men. Though she would never call herself a Feminist, she resented the attitude of male superiority she grew up with, knowing that she was on a comparable level with any of the men around her.

Survived by daughter Judy, son Joseph, grandson David, and brothers Ralph and Tom, she will continue to be an inspiration to them, and to all who’ve known her through the years, that with determination and hard work any goals set can be achieved.

Calling hours will be held on Wednesday from 2-8pm at the McHoul Funeral Home of Fishkill, Inc., 1089 Main Street, Fishkill. The Mass of Christian Burial will be offered on Thursday at 10am at St. Mary, Mother of the Church, 106 Jackson Street, Fishkill followed by interment in Fishkill Rural Cemetery.

Memorial donations may be made to the Hospice Foundation, Inc. Please visit Camile's Book of Memories at www.mchoulfuneralhome.com.