To share your memory on the wall of Walter Wilson, sign in using one of the following options:

Provide comfort for the family of Walter Wilson with a meaningful gesture of sympathy.

Walter served in the US Army from 1943-1946 and was a decorated veteran of WW II. Five years ago, he was selected to be part of the Hudson Valley Honor Flight to Washington, DC. He was a member of VFW Post #5491 and the American Legion Post #1080, both in Mahopac.

Walter was employed as a rare metals manufacturer for General Astro Metals, which later became Kawecki-BerylCo., in Yonkers. He then went on to be a bus driver for the Lakeland School District.

He is survived by his children and their spouses, Robert and Carol Wilson of Fishkill, Susan and Brian Staples of Beacon, Michele (Wilson) and Ronald Brewer of Beacon, and Nicole and Christopher Tolman of York, PA; his grandchildren, Justin and Shannon, Marissa, Ayren, and Alex, Daniel, Edward, and Christa, and Jillian and Jordan; and his great-grandchildren, Jayden, Trent, Devin, Bryce, Alexis, Evan, Haley, Rylie, Felix, Simon, Lillian, Oliver, and Penelope.

An avid golfer, Walter was proud to have played for a Yankees Minor League team as a left-handed pitcher.

Visitation will be held on Sunday from 2 -5 pm at the McHoul Funeral Home of Fishkill, Inc., 1089 Main Street, Fishkill followed by military honors at 5pm.

Donations may be made in his memory to the Kaplan Family Hospice Residence in Newburgh. Please visit Walter’s Book of Memories at www.mchoulfuneralhome.com.
Read Less

Donations are being accepted for: HOSPICE OF ORANGE & SULLIVAN COUNTIES INC.

Consider providing a gift of comfort for the family of Walter Wilson by sending flowers.

Posted Dec 31, 2018 at 06:27pm
Another piece of my heart broke off on the day he left us. My prayers and love to the rest of my Wilson family!
Comment Share
Share via:
JI

Posted Dec 30, 2018 at 01:03pm
Our family is keeping your family in our thoughts and prayers. H.W. will truly e missed. Jack&Susan Wilson and family
Comment Share
Share via:
W 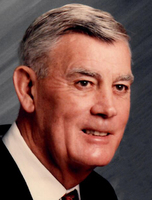 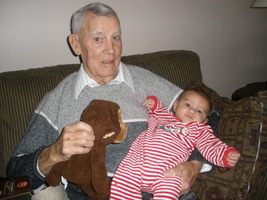 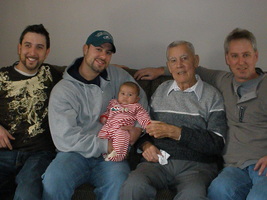 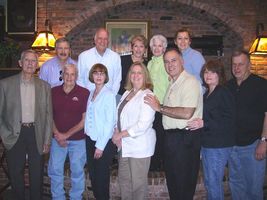