To share your memory on the wall of Yolanda Dippolito, sign in using one of the following options:

Print
Yolanda Dippolito, 91, a resident of Hopewell Junction for 5 years and previously of the Bronx, died on April 2, 2019 at Vassar Brothers Medical Center.

Born on October 8, 1927 in the Bronx, Yolanda was the daughter of Edward and Nancy (... Read More
Yolanda Dippolito, 91, a resident of Hopewell Junction for 5 years and previously of the Bronx, died on April 2, 2019 at Vassar Brothers Medical Center.

Survivors include her children, Lucy Ciraolo and her husband Jack of Hopewell Junction, Michael DIppolito and his wife Michelle of Rye, Edward Dippolito of Standish, ME and Patricia Barbera and her husband Bobby of Poughkeepsie; her grandchildren, Michael Jr. and his wife Samantha, Edward Jr., Lizette, Sabrina, Katalina, Cody, Anthony, Zachary, Michael, Stephanie, Bobby Jr. and Brianna; and his great grandchildren, Giovanni, Bella, Jaxson and Jayden. In addition to her husband, Yolanda was predeceased by her grandson, Jake Ciraolo.

Calling hours will be held on Friday from 10am-12pm at the McHoul Funeral Home, Inc. 895 Route 82 Hopewell Junction. There will be a funeral service at 12pm followed by entombment at Rose Hills Memorial Park.

Memorial donations may be made to American Diabetes Association or Alzheimer’s Association.
Read Less

Consider providing a gift of comfort for the family of Yolanda Dippolito by sending flowers.

We encourage you to share your most beloved memories of Yolanda here, so that the family and other loved ones can always see it. You can upload cherished photographs, or share your favorite stories, and can even comment on those shared by others. 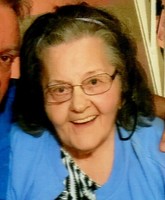