To share your memory on the wall of Lois Dougherty, sign in using one of the following options:

Provide comfort for the family of Lois Dougherty with a meaningful gesture of sympathy.

Print
FISHKILL – Lois Marietta Dougherty, a local area resident since 1965, passed away on Wednesday, April 3, 2019 at St. Luke’s Cornwall Hospital in Newburgh. She was 81.

Daughter of the late Leonard and Carrie (Clark) Kellner, she was ... Read More
FISHKILL – Lois Marietta Dougherty, a local area resident since 1965, passed away on Wednesday, April 3, 2019 at St. Luke’s Cornwall Hospital in Newburgh. She was 81.

Daughter of the late Leonard and Carrie (Clark) Kellner, she was born in Brooklyn on September 15, 1937 and grew up in Middle Village and Queens Village. In 1958, Lois received her nursing degree from St. Catherine’s School of Nursing in East Williamsburg, Brooklyn.

After her relocation to Dutchess County, Lois began working as an RN for Fishkill OBGYN in 1976. She also dedicated several years to working in the cafeteria at John Jay High School in East Fishkill. In 1983, she continued her nursing career at the Dutchess County Department of Mental Hygiene, where she remained until 2010, retiring at the age of 72.

Lois was a longtime member of Trinity Episcopal Church in Fishkill, where she served as a member of the church altar guild and in the soup kitchen. She loved nature and animals, and especially loved her pets and her family members’ pets as well.

In addition to her parents, Lois was also predeceased by her beloved daughter Amy Jeanne Schewiger in 2006.

Survivors include two daughters, Laura E. Kraft and Caroline M. Morrison; her grandchildren, Jenny C. Kraft, Timothy J. Schweiger, Joshua N. Schweiger, and Carrie M. Morrison; and many loving cousins whom she considered siblings, along with their children and families. Lois is also survived by her cherished cats, Angel and Lily as well as her “grand dogs”, Brinkley and Shadow.

Calling hours will be held from 6 to 8 p.m. on Friday, April 12 at Trinity Episcopal Church, 1200 Main Street, Fishkill. A funeral service will begin at 9 a.m. on Saturday, April 13 at the church, with The Rev. Garrett M. Mettler officiating. Interment will follow at Fishkill Rural Cemetery.

Arrangements are under the direction of McHoul Funeral Home of Fishkill, Inc., 1089 Main Street, Fishkill. For online tributes, you can visit Lois’ Book of Memories at www.mchoulfuneralhome.com.
Read Less

Consider providing a gift of comfort for the family of Lois Dougherty by sending flowers.

We encourage you to share your most beloved memories of Lois here, so that the family and other loved ones can always see it. You can upload cherished photographs, or share your favorite stories, and can even comment on those shared by others.

Posted Apr 12, 2019 at 08:53pm
Laura & Caroline, I have such fond memories of your mom & my mom sitting talking & laughing together! Now they are in Heaven talking and watching over us! Rest In Peace Lois! Sending love and prayers to you all! Love you Helen Homola 🙏🏻❤️❤️
Comment Share
Share via:
CM

Posted Apr 09, 2019 at 06:51am
"We Love You Very Much!" 'XOXOXO
Now that you made it to heaven Mom "I hope you Dance!" Thank you for being my Best Mom Ever! Love always and Forever Caroline
Comment Share
Share via:
C 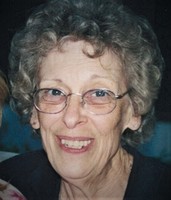