To share your memory on the wall of Martin Plotkin, sign in using one of the following options:

Provide comfort for the family of Martin Plotkin with a meaningful gesture of sympathy.

Print
Martin Plotkin, 73, of Wappingers Falls and formerly of the Bronx, died on April 25, 2019 at Westchester Medical Center following a battle with illness.

The Funeral Service will be held on Monday, April 29, 2019 at the McHoul Funeral Hom... Read More
Martin Plotkin, 73, of Wappingers Falls and formerly of the Bronx, died on April 25, 2019 at Westchester Medical Center following a battle with illness.

The Funeral Service will be held on Monday, April 29, 2019 at the McHoul Funeral Home, Inc., 895 Route 82, Hopewell Junction at noon followed by entombment in The Woodlawn Cemetery in the Bronx.

Born in New York City on June 30, 1945, Martin was the son of Bernard and Mildred Rose (Ringel) Plotkin. He served our country in the US Air Force and was honorably discharged. Martin attended Clinton High School and Pace University. He received a Bachelor of Business Administration, Master of Science in Education, Master of Science and a Professional Diploma in Educational Administration and Supervision.

Martin managed various nightclubs in the 1970s and 1980s. On March 12, 1978, the New York Times credited Martin with creating what he called “Disco Tot,” an event where single parents would bring their children to a discotheque on a Sunday for a fun afternoon. To quote the Times, it was a place with “balloons and booze, a circus clown and a disco sound, something for the birthday party and the cocktail party set.”

Later in life, Martin dedicated himself to educating youth and improving the educational system in New York. He was employed as a math educator with the New York City Department of Education and served as the United Federation of Teachers District 6 Representative. Martin loved helping others and cherished the many notes of thanks that he received from his fellow teachers.

Notably, June 21, 1984 was officially proclaimed to be “Martin Plotkin Day” by Andrew Stein, President of the borough of Manhattan, in recognition of Martin’s philanthropic efforts and contributions. Subsequently, Martin believed it to be “Martin Plotkin Day” every day thereafter at home, despite continual protest and voting by his wife and children. The borough of Manhattan never issued a clarification, leaving the topic open for debate.

Martin loved nature and enjoyed seeing the beauty of the orange and red sunsets viewed from his patio. He was an avid fisherman and loved writing poetry.

Martin is survived by his wife, Carol (Broadbelt) Plotkin; his daughter, Candice Plotkin; his son Zachariah Plotkin and his wife Kathleen; his granddaughters, Margaret and Sara Plotkin; and his sister, Diane McMahan, nieces, nephews and friends.

Memorial donations may be made to Taking Control of Your Diabetes, 990 Highland Drive, Suite 312, Solana Beach, CA 92075.
Read Less

Donations are being accepted for: TAKING CONTROL OF YOUR DIABETES.

Consider providing a gift of comfort for the family of Martin Plotkin by sending flowers.

We encourage you to share your most beloved memories of Martin here, so that the family and other loved ones can always see it. You can upload cherished photographs, or share your favorite stories, and can even comment on those shared by others.

Posted May 09, 2019 at 04:30pm
John Eichele UFT Rep IS52M D6,
Marty always fought the good fight for teachers and students in Manhattan. He never backed down from a fight.
He helped make our schools a better and a safer place. Rest now in peace my friend, your work is done.
Carol, Candace and Zeke, you have my deepest condolences. John
Comment Share
Share via:
MF 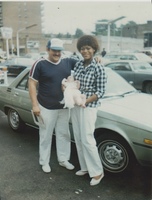 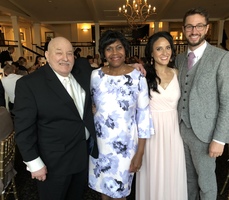 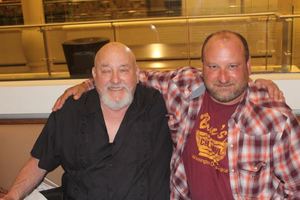