To share your memory on the wall of Donato Forlenza, sign in using one of the following options:

Provide comfort for the family of Donato Forlenza with a meaningful gesture of sympathy.

Print
HOPEWELL JUNCTION – Donato O. Forlenza, 60, a Dutchess County resident since 1980, passed away on April 29, 2019 surrounded by his loving family at Vassar Brothers Medical Center after a hard-fought battle with kidney cancer.

Born in B... Read More
HOPEWELL JUNCTION – Donato O. Forlenza, 60, a Dutchess County resident since 1980, passed away on April 29, 2019 surrounded by his loving family at Vassar Brothers Medical Center after a hard-fought battle with kidney cancer.

Born in Brooklyn on January 4, 1959, Donato was the son of the late Donato and Mary (Anastasio) Forlenza. He was a graduate of Polytechnic University and worked at IBM East Fishkill for 38+ years where he held the position of Senior Technical Staff Member and is accredited with multiple patents throughout his tenure.

Donato was the president of the Bambino Di Contursi Society based in Brooklyn and was a parishioner at St. Columba Church in Hopewell Junction. An avid outdoorsman, he enjoyed cutting his and his daughter’s lawns, shoveling snow, chopping wood and was often seen working on various projects around the house. He also enjoyed playing paddle ball with his coworkers, lifting weights, bike riding with his kids, playing bocce ball, and going to the beach every sunny weekend that he could.

On the rare accounts he wasn’t physically active, he enjoyed watching horror movies and going to haunted houses around Halloween with his children and friends. He was a huge fan of Pink Floyd and attended many of their concerts over the last 40 years.

Donato was larger than life, always spoke his mind and always left a lasting impression on anyone that he met. He was always willing to help anyone who asked and did so without ever asking for anything in return. He is loved by his family and friends and will be missed by all who knew him.

On May 28, 1983 at Sacred Heart Church in Bayside, Queens, Donato married Anna (Quinto) Forlenza who survives at home. He is also survived by his children and their spouses, Maria and Kevin O’Connor of Hopewell Junction and Donato and Kristi Forlenza of Danbury, CT; his siblings, Elizabeth Plaia, Grace Conte and her husband Antonio, Patricia Voorhis and her husband John, Mary Conte and her husband Vincent, and Orazio Forlenza and his wife Anna; his father-in-law and mother-in law, Michael and Mary Quinto and the extended Quinto family; and many nieces, nephews, and friends.

Consider providing a gift of comfort for the family of Donato Forlenza by sending flowers.

We encourage you to share your most beloved memories of Donato here, so that the family and other loved ones can always see it. You can upload cherished photographs, or share your favorite stories, and can even comment on those shared by others.

Posted May 07, 2019 at 06:30pm
I met Donato when we were in high school. We became friends and helped each other through the years. He always made me laugh even when I didn't want to. His biggest gift was the effect he had on people. His openness could win over anybody, and they would respond in the same way. I've seen him do this over and over again. He was like nobody I've ever seen. I count myself lucky to have been Donato's friend and I will miss him so much. Rob Franch.
Comment Share
Share via:
CC

Posted May 07, 2019 at 10:51am
I really enjoyed working with Donato , the days we spent together trout fishing and the couple Venison roasts we had at his home. He had a great sense of humor and was fun to be with. RIP Donato
Always,
Charlie Carnell
Comment Share
Share via:
DB

Posted May 06, 2019 at 08:22pm
My Condolences to the Forlenza family.
Donato you will be missed but never forgotten. A great friend.
Rest in peace...
Dave Bennett(Advantest) 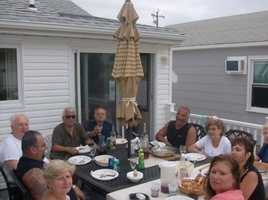 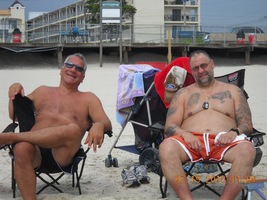