To share your memory on the wall of George Weldon, sign in using one of the following options:

Provide comfort for the family of George Weldon with a meaningful gesture of sympathy.

Print
George Weldon, a 40-year local area resident, died at home on Monday, April 29, 2019 following a courageous battle with cancer. He was 66.

Son of the late George P. and Elizabeth (McDevitt) Weldon, he was born in Queens on April 30, 19... Read More
George Weldon, a 40-year local area resident, died at home on Monday, April 29, 2019 following a courageous battle with cancer. He was 66.

Son of the late George P. and Elizabeth (McDevitt) Weldon, he was born in Queens on April 30, 1952. He attended trade school for plumbing & steamfitting, where he earned a certificate as a journeyman. He began working in 1977 as an apprentice. In 1979, he relocated to Dutchess County and joined the Local 21 (formerly 201) Plumbers & Steamfitters Union, where he continued to work up until his retirement. He had a tireless work ethic, and always did everything he could to support his family.

George endeavored in many hobbies such as gardening (especially tulips), nature and landscape photography, art, playing the guitar, horse races, and more. He enjoyed listening to music, especially classic rock, and his favorite artists included the Grateful Dead, The Doors, Jimi Hendrix, and Carlos Santana. He spent many years volunteering as a coach for his kids’ sporting events. As someone who loved nature, he actively played his part to preserve the environment. George also loved animals and always cherished his family pets throughout the years.

George will be remembered for his dedication to family & friends as well as his honest and forward nature with all those with whom he came in contact.

On December 7, 1980, he married Margaret DiPietro, who he called his “shining star” at Our Savior Church in Fishkill. Margaret survives at home in Wappingers Falls.
Additional survivors include his daughter, Heather Weldon of Beacon; his son, George P. Weldon, Jr. & his wife Melodie of LaGrange; his son, James Weldon of Beacon; his grandchildren, Chloe Tomlins, George P. Weldon III and Gabriella Weldon; his siblings, Peggy Grimes & her husband Mike, Richard Weldon, James Weldon & his wife Nina, Elizabeth Fallon & her husband Michael, and Mary Weldon & her partner Nomi Azul; his sister-in-law, Gail Weldon; and many nieces, nephews, and other loving relatives & friends. George is also survived by his faithful companion yellow lab and “fur baby”, Jake.

Calling hours will be held from 2 to 6 p.m. on Sunday, May 5 at the McHoul Funeral Home of Fishkill, Inc., 1089 Main Street, Fishkill. A Mass of Christian Burial will be offered at 11 a.m. on Monday, May 6 at St. Joachim Church, 51 Leonard Street, Beacon.

The family would like to express their deepest gratitude to those who cared for George throughout his illness, especially his primary care physician, Dr. David Walker; his Hospice nurse, Julie Eads; and all the doctors, nurses, and staff at Northern Westchester Hospital. Additionally, they would like to thank all of the Weldon Family’s co-workers, who have provided unparalleled support during such a difficult time.

Donations in George’s memory may be made to Hudson Valley Hospice Foundation, 374 Violet Ave., Poughkeepsie, NY 12601 (www.hvhospice.org).
For online tributes, you can visit George’s Book of Memories at www.mchoulfuneralhome.com.
Read Less

Donations are being accepted for: HOSPICE FOUNDATION INC.

Consider providing a gift of comfort for the family of George Weldon by sending flowers.

Posted May 13, 2019 at 03:44pm
Dear Margaret, George Jim and Heather,
Please accept our sincere condolences to you All! George was a Great Man, Father and Husband! He will be dearly missed!
Our thoughts and Prayers are with U All! Love Karen,Dee, Angela, Anthony and DAN...
Comment Share
Share via:
MW

Posted May 02, 2019 at 09:26pm
George Weldon Sr. I miss you so much! You have always been a dad to me. The man who blessed me with the most lovely husband and embraced me as his own. You told it how it is and challenged me at times but never did you make me feel unwelcome. You cared for me, encouraged me, and went out ur way when I was full of anxiety and drove me to college some days. You rescued me when the house was toxic with carbon monoxide...you stood outside the church when I arrived for my wedding and smiled at me while whispering “ur beautiful”. I cry remembering you and how we would talk about current events, old movies, music, life, scold me, curse about ppl and how I deserved to have better as an employee and you told me to stop doing too much...learn to relax Mel. I will miss celebrating with you and ur cooking. I will miss watching you with my son oh how he adored you. I will miss sitting with you and giving u kisses. I will miss getting annoyed with you and most importantly miss being there for you the way you were for me. I have another Angel...I lost a father figured...I gained a adoring family when u welcomed me! Thank you for all the lessons and showing me what life as a Weldon looks like! I carry your name with pride!

Posted May 02, 2019 at 06:59pm
I can't believe that you are grown. I will miss your kindness and bondness. I am grateful to have known you and I know you are in a better place.
Comment Share
Share via:
M

Posted May 02, 2019 at 05:21pm
To see your name as George Sr. Seems strange to me. We always called you little Georgie. I can only thank God your pain and suffering is over. Growing up with all the Weldon’s was so wonderful all our holidays and laughter. Running out at midnight and banging pots together to celebrate New Years. We didn’t even have horns but lots of laughs all the time. Your safe at home with your Mom and Dad. Aunts Uncles Nana and at peace. You will always be missed. Love you my Cousin. Madelyn Amatulli
Comment Share
Share via:
MS

Posted May 02, 2019 at 12:52pm
I feel such sadness for a cousin gone too soon....but happiness for the life you lived. I know you are at peace. My love and prayers are with all of the family ❤️ 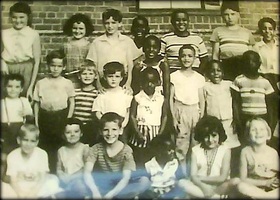 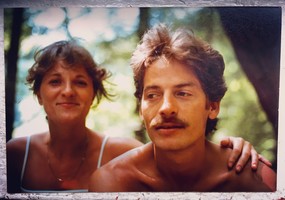