To share your memory on the wall of John Conti, sign in using one of the following options:

Provide comfort for the family of John Conti with a meaningful gesture of sympathy.

Son of the late Angelo and Marie (Cigna) Conti, he w... Read More
FISHKILL – John Angelo Conti, a 20-year local area resident, formerly of Astoria, Queens, died on Wednesday, May 1, 2019 at Vassar Brothers Medical Center in Poughkeepsie. He was 80.

Son of the late Angelo and Marie (Cigna) Conti, he was born in Manhattan on March 22, 1939. John worked in the advertising industry for over 30 years and served as President of John F. Murray Advertising Agency (New York) until his retirement. He served in the U.S. Army National Guard for six years and was stationed at Fort Dix in New Jersey. He was a parishioner of St. Mary, Mother of the Church, in Fishkill.

More than anything else, John cherished spending time with his family, especially his grandchildren.

On March 4, 1962, he married Maureen Redding at Our Lady of Mount Carmel Church in Astoria. John loved to dance with his wife and they recently celebrated their 57th Wedding Anniversary. Maureen survives at home in Fishkill.

Additional survivors include his son, Joseph Conti of Highland Falls; his daughter, Marie Fleming & her fiancé John Manzella of Hopewell Junction; his daughter, Michele Cassieri & her husband William of Fishkill; his grandchildren, Michelle, Sabrina, Sean, Sara, and Olivia; his step-granddaughters, Melissa and Kristen; his brothers, Sal Conti & his wife Mary Ann and Richard Conti & his wife Francine; his sister-in-law, Debbie Frohm; as well as two nieces, Stephanie and Christine, and one nephew, Tommy; and many other loving relatives & friends.

Calling hours will be held from 6 to 9 p.m. on Friday, May 3 at the McHoul Funeral Home of Fishkill, Inc., 1089 Main Street, Fishkill. A Mass of Christian Burial will be offered at 9:45 a.m. on Saturday, May 4 at St. Mary, Mother of the Church, 106 Jackson Street, Fishkill. Interment will follow at Mount Saint Mary Cemetery in Flushing, Queens.

For online tributes, you can visit John’s Book of Memories at www.mchoulfuneralhome.com.
Read Less

Consider providing a gift of comfort for the family of John Conti by sending flowers.

Posted May 03, 2019 at 09:39pm
I'm so sorry to hear about the passing of John Conti. I remember so many wonderful times with the Conti family in Glen Spey and in Astoria, and most vivid in my mind was the love he showed to his beautiful wife Maureen, and his equally beautiful and sweet daughters Marie and Michelle. And his pride in his son Joey. I will remember him for his devotion to his family. I pray that all of you find comfort in the memories of his love for all of you. God speed.
Lisa Halpin
Comment Share
Share via: 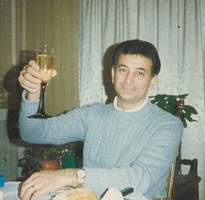