To share your memory on the wall of Paul Lamoree, sign in using one of the following options:

Provide comfort for the family of Paul Lamoree with a meaningful gesture of sympathy.

Born in Beacon on June 3, 1932, he was the son of the late Robert and Margaret (Evans) Lamoree. He proudly served in the US Marines. Paul was employed as a Corrections Officer at Fishkill Correctional Facility for 29 years until his retirement in 1985. He then worked as a letter carrier for 12 years for the US Post Office in Wilton, CT.

He is survived by his wife, Linda Planten- Lamoree of Myrtle Beach, SC; his children, Paul A. Lamoree, Jr. and his wife Patricia of Wappingers Falls, Robert Lamoree and his wife Laraine of Hendersonville, NC, Gary Lamoree and his wife Susan of Brunswick, GA, Eric Lamoree of Wappingers Falls, Sean Lamoree of Savannah, GA, Marie Vazquez and her husband Ricky of Elijay, GA, and Jonathon Planten and his wife Alison of Myrtle Beach, SC; his 18 grandchildren and 11 great-grandchildren; his brother, Joseph Lamoree of Fishkill; his former wife, Donna Moranski-Barr of Elijay, GA; and many nieces and nephews. In addition to his parents, Paul was also predeceased by his first wife, Nona Jean (Van Nostrand) Lamoree; and his siblings, Roberta Morgan and Gordon Lamoree.

Visitation will be held on Friday, May 31st from 3 – 8 pm at the McHoul Funeral Home of Fishkill, Inc., 1089 Main Street, Fishkill with a firematic service beginning at 7 pm. The funeral service will be held on Saturday, June 1st at 10 am at the funeral home followed by burial at St. Joachim Cemetery.

In lieu of flowers, donations may be made in Paul’s memory to the Rombout Fire Company. Please visit his Book of Memories at www.mchoulfuneralhome.com.
Read Less

Consider providing a gift of comfort for the family of Paul Lamoree by sending flowers.

We encourage you to share your most beloved memories of Paul here, so that the family and other loved ones can always see it. You can upload cherished photographs, or share your favorite stories, and can even comment on those shared by others.

Posted May 29, 2019 at 10:50am
I was sorry to hear of Paul’s passing. As a former and founding member of Rombout, I remember Paul as a great leader, a brother firefighter and a true “firefighter’s firefighter. I recall one Monday evening in the early 70’s where several of us were enjoying a beverage at the firehouse after our Quick Call duties. Around 9:00 PM or so, Paul announced he had to leave. “Where are you going, it’s still early ? “we inquired. Paul announced that it was his wedding anniversary and he’d told Nona he’d be home early. We all raised our glasses in salute of his sacrifice for the early departure. It was the best of times….
Comment Share
Share via:
VD

Posted May 22, 2019 at 07:10pm
We are saddened to hear about Paul's passing.
We will miss seeing him in his garage working on his projects.
Please remember that you are in our thoughts and our prayers
Brian & Valerie 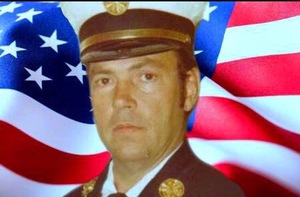