To share your memory on the wall of John Kinlen, sign in using one of the following options:

Born in New York City on October 8, 1954, he was the son of John and Nora (Fredericks) Kinlen. John was the owner and operator of AJK Mechanical Services. He was a parishioner of St. Columba Church in Hopewell Junction, and a member of St. Mary’s Council #4065, Knights of Columbus and the St. John Paul II Assembly #2917. John enjoyed golfing, and the New York Giants and Yankees, but more than anything, he loved spending time with his family.

On October 23, 1977 in the Bronx, John married Donna (Margiasso) Kinlen. In addition to his wife, he is also survived by his children, Jennifer Corsano and her husband Michael, Christopher Kinlen, and Dana Kinlen; his grandchildren, Liana, Jacqueline and Brandon Corsano; his siblings, Doris Murray, Robert Kinlen, Joseph Kinlen, and William Kinlen; his dogs, Molli, Ellie and Lola; and several nieces, nephews, great nieces and great nephews.

Memorial donations may be made to St. Mary’s Council #4065, Knights of Columbus or the American Heart Association. Please visit John’s Book of Memories at www.mchoulfuneralhome.com.
Read Less

Consider providing a gift of comfort for the family of John Kinlen by sending flowers.

Posted May 23, 2019 at 01:30pm
Johns loss is devastating to all who knew him, but most especially to you Donna and your children and grandchildren. John was a beautiful example of a family man. Our prayer for all of you is to continue to live your lives as the good people you are in John’s honor and memory. Xo

Posted May 23, 2019 at 07:33am
Our hearts are broken for you. He was the most selfless, generous, caring person. Such a wonderful human being. The love and pride he had for Donna, his children and grandchildren was always number one, The world is most definitely a bit sadder now, a little less sun shiny. Our prayers for all of his family will always continue while he rest in Paradise. My husband had great respect and admiration for John. He always tells stories from when they were all younger and carefree. Prayers to all of you today and always. With love and deep sympathy, Patti & Frankie Corsillo
Comment Share
Share via:
MI

Posted May 22, 2019 at 09:20pm
On behalf of Joe Bensaia’s family, we are so terribly saddened to hear of John’s passing. He was so attentive to our Uncle Joe, coming to visit with Ellie and regularly texting to check up on his brother Knight. Both good men, both boys from the Bronx, and gone to God much too soon. If heaven has a kitchen then John and Joe will be the first to put on the banquet! Hoping much comfort comes to you. Sincerely, Mary Grace Iuso.
Comment Share
Share via:
BF

Posted May 22, 2019 at 04:57pm
In honor of John Kinlen. The world lost a man deserving of living a much longer life full of the love he showed his family. May his spirit live on for eternity. We Love You .....

Posted May 22, 2019 at 04:37pm
I’m so very sorry for your loss. Although we didn’t agree on political issues John and I did agree on family first. I admired him for not being afraid to show love., like most men are. I admired him for being honest and decent and passionate about life and those he held most dear. The world has lost a wonderful man. Sending condolences to the entire family. Love you all.
Comment Share
Share via: 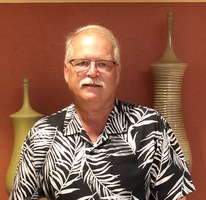 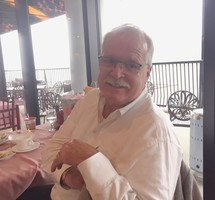