To share your memory on the wall of Joseph DePalma, sign in using one of the following options:

Provide comfort for the family of Joseph DePalma with a meaningful gesture of sympathy.

Print
LAGRANGEVILLE – Joseph A. DePalma, 98, an area resident since 1970, died on June 12, 2019 at Northern Dutchess Hospital. He previously lived in Staten Island.

Born in Staten Island on August 15, 1920, he was the son of the late Nicola and Michaelina (Pagarulo) DePalma. Joe proudly served in the US Army as a Combat Engineer during WW II. He was an active parishioner at St. Kateri Church.

Joe worked as the Supervisor of the sheet metal shop of the Brooklyn Navy Yard for over 24 years. He then worked as a Facilities Engineer for IBM in East Fishkill until his retirement in 1986.

On September 25, 1948, he married Jacqueline (Begin) DePalma who predeceased him in 2012 after 64 years of marriage. He is survived by his children, Michele VanHoesen of Highland and Charles DePalma of LaGrangeville; his grandchildren, Nicole VanHoesen, Casandra, Nicholas and Miranda DePalma; and his great-grandchildren, Arya and Jose Feliciano.

Calling hours will be on Friday from 3-6pm at the McHoul Funeral Home, Inc., 895 Route 82, Hopewell Junction. The Mass of Christian Burial will be celebrated on Saturday at 10am at Saint Kateri Church, 1925 Route 82, LaGrangeville followed by interment in St. Denis Cemetery with military honors.

Memorial donations may be made to Saint Kateri Church. Please visit Joe’s Book of Memories at www.mchoulfuneralhome.com.
Read Less

Consider providing a gift of comfort for the family of Joseph DePalma by sending flowers.

Posted Jun 15, 2019 at 11:55am
Joe you are missed by the breakfast group. We were amazed that you could put down four large slices of `French Toast' with double Bacon and never gain an ounce. You go to a joyful place. Goodbye. from Leslie K.
Comment Share
Share via:
M

Posted Jun 13, 2019 at 01:46am
My sincere condolences to the family of Joseph A. DePalma. May you be comforted by your thoughts and memories of your loved one and God’s promise to “wipe out every tear from people’s eyes” and “make death go away forever” (Revelation 21:4) (Isaiah 25:8) With deepest sympathy. 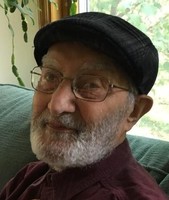