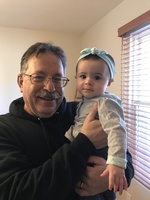 He was born in Suffern on August 25, 1957. Alan spent his career as a pension banker. An avid lifelong fan of the NY Jets and Yankees, Alan also enjoyed fishing. He spent many years as an Umpire for the East Fishkill Baseball Association and local schools.

On February 28, 1982 in Huntington, LI, Alan married Susan (Darwin) Colodner who survives at home. He is also survived by his children, Erica Rossin and her husband Alexander of Niskayuna, Alexander Colodner of San Francisco, CA, and Carrie Colodner and her fiancé Brian Melcher of Boston, MA; his granddaughter, Maya Rossin; his mother, Sandra (Green) Colodner; his brothers and their spouses, David and Sandra Colodner of Virginia and Michael and Linda Colodner of Pearl River; his mother-in-law, Eileen Darwin; his brothers-in-law, David and Jonathan Darwin; and many nieces and nephews. Alan was predeceased by his daughter, Jacqueline Colodner in 1985; his father, Jesse Colodner; and his father-in-law, Manuel Darwin.

A memorial service will be held on Monday at 11am at Vassar Temple, 140 Hooker Avenue, Poughkeepsie.

Donations may be made in Alan’s memory to the Lunch Box, a community meal program of Dutchess Outreach.

Arrangements are under the direction of the McHoul Funeral Home, Inc. Please visit his Book of Memories at www.mchoulfuneralhome.com.