To share your memory on the wall of Diane Varacek, sign in using one of the following options:

Print
HOPEWELL JUNCTION – Diane B. Varacek, 69, died on June 29, 2019 at Putnam Hospital Center after a courageous battle with cancer. She was a resident of the area for 21 years and previously of East Meadow.

Born in the Bronx on December ... Read More
HOPEWELL JUNCTION – Diane B. Varacek, 69, died on June 29, 2019 at Putnam Hospital Center after a courageous battle with cancer. She was a resident of the area for 21 years and previously of East Meadow.

Born in the Bronx on December 23, 1949, Diane was the daughter of the late Stanley and Marion (Dzierzyk) Dziemianowski. She had been employed as a teacher’s aide at Van Wyck Junior High School in Wappingers Central School District.

Diane was a master at crocheting and a wizard in the kitchen where she liked to cook and bake. She was an avid Yankees fan. Most of all, she loved spending time with her family especially her grandchildren.

She is survived by her husband, Joseph Varacek; her children, Barbara Hillier and her husband Kenneth of Hopewell Junction, Anna Kujawski of Huntington, and Justin Kujawski and his wife Deirdre of Williston Park; her grandchildren, Chloe and Dylan; her siblings and their spouses, Barbara and Stephen Guarnaccia of Wappingers Falls and Michael and Donna Dziemianowski of Virginia Beach, VA; and her nieces, Lauren, Hope, and Kaitlyn.

Calling hours will be held at the McHoul Funeral Home, Inc., 895 Route 82, Hopewell Junction on Tuesday from 2-4 and 7-9 pm and Wednesday from 10am – 12 pm. A funeral service will be held on Wednesday at 12pm at the funeral home.

Consider providing a gift of comfort for the family of Diane Varacek by sending flowers. 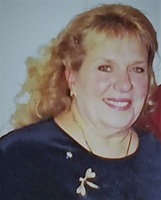