To share your memory on the wall of Raymond Selander, sign in using one of the following options:

Ray was born June 30, 1944 to Karl Alfons and Elizabeth from Aland and Sweden. Ray grew up living a vibrant youth in Little Ferry, New Jersey. He graduated from Ridgefield Park High School (NJ) in 1962. During one summer in high school, Ray worked on the Distant Early Warning line system (DEW) in Greenland. He received a Bachelor of Engineering in Electrical Engineer from Stevens Institute of Technology, Hoboken, NJ in 1966. While at Stevens he was the President of the Society of Underwater Engineers (S.U.E.). After graduating, Ray joined IBM Kingston as an electrical engineer and then 13 years later to IBM East Fishkill for a total of 30 years. While working at IBM, he earned a Masters in Science in Electrical Engineering from New York University. At IBM he was responsible for filing many successful patents during his career and was the first to design an intelligent robot to handle materials. After IBM some of the 10 companies he worked for included Helen Hayes Hospital, Capintech, TROL-A-TEMP (Honeywell), FALA, ASD, Pillar, Inc. and International Flavors and Fragrances (IFF).

On June 11, 1966, Ray married his sweetheart Susan Phykitt of Oradell, NJ. They were blessed with three amazing children Lisa, Karl and Jon who they lovingly raised in the Hudson Valley. Family always came first for Ray and he was a devoted father and grandfather.

Ray’s mother taught him to play the accordion at age 6. He learned the trumpet and coronet during high school band and performed and marched with the Little Ferry Boy’s Band and the high school band. During high school, he also played in a brass trio in church. He later bought a DuoVox accordion organ and played for family gatherings and in numerous church events until 2018. Ray grew up doing Sokol gymnastics, running track, playing basketball, water skiing and scuba diving. He was very active in Boys Scouts and earned his God and Country Award.

Deep sea fishing aboard his boat the Svensk Fin was a long-time love. He found great joy in bringing new people out fishing to experience that passion firsthand. His other outdoor love was hunting. Ray was a gifted inventor and problem solver who created and crafted many clever items through the years to either fix something that was broken or make something new or better and more functional. Ray was always a very active servant of Christ and through the years attended many Baptist churches. He was a Youth Group Leader for 20 years, a Deacon and Treasurer in several churches.

Consider providing a gift of comfort for the family of Raymond Selander by sending flowers.

We encourage you to share your most beloved memories of Raymond here, so that the family and other loved ones can always see it. You can upload cherished photographs, or share your favorite stories, and can even comment on those shared by others. 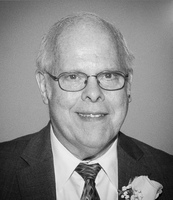 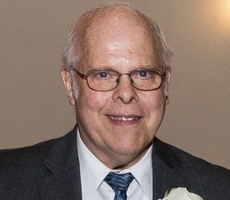