To share your memory on the wall of Donald Nameth, sign in using one of the following options:

Born in Beacon on January 26, 1958, he was the son of James and Lillian (Pearson) Nameth. Don graduated from Pace University, and was employed as a banker, working for the Bank of New York in Poughkeepsie, M&T Bank in Fishkill and Sterling Bank in Montebello. From the age of 16, Don was a volunteer firefighter, first for Slater Chemical Fire Company in Glenham, and currently with the Hillside Lake Fire Company #3 in the East Fishkill Fire District. He was a Past President for the Southern Dutchess Exchange Club and volunteered with the Big Brothers Big Sisters of America.

Calling hours will be held on Friday from 4-8pm at the McHoul Funeral Home, Inc., 895 Route 82, Hopewell Junction. The Mass of Christian Burial will be held on Saturday at 10am at St. Mary, Mother of the Church, 106 Jackson Street, Fishkill followed by entombment at Fishkill Rural Cemetery.

Consider providing a gift of comfort for the family of Donald Nameth by sending flowers.

Posted Jul 17, 2019 at 12:28pm
Dear Diane:
I just heard this news about Don and I am so sorry. I naven't seen you nor Don in many years since I retired from BNY. I am happy to hear that you had many years with him and shared three sons.
I admired Don as he always was an excellent banker. When BNY took over Barclays, I was one of the two managers who did not have Don as a supervisor. Nevertheless, in any of my interactions with him, I found him fair and we did share a sense of humor.
I lost my husband in 2005 after 30 years together and I can empathize with your pain. I hope the wonderful memories you shared with him over the years will sustain you. I am praying for you and your sons. May Don rest in peace.

Posted Jul 02, 2019 at 03:57pm
I had the opportunity to be taught to become a commercial lender by Don while at M&T Bank. Don was an expert in that field and a taskmaster making sure our work was accurate and in the best interest of the bank and customer. While he expected your best everyday he also gave his best and was the kind of leader who drove and protected his people. Something that is missing in business today. I am sorry that I had lost touch over the past several years. I always admired him.

Though I have never met his sons, he took great pride in their efforts and accomplishments. My prayers and deepest condolences to you Diane and to your family. May he rest in peace
Comment Share
Share via: 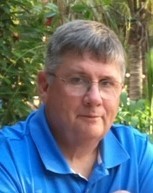