To share your memory on the wall of Ryan Privitera, sign in using one of the following options:

Consider providing a gift of comfort for the family of Ryan Privitera by sending flowers.

We encourage you to share your most beloved memories of Ryan here, so that the family and other loved ones can always see it. You can upload cherished photographs, or share your favorite stories, and can even comment on those shared by others.

Posted Jul 08, 2019 at 06:25pm
Ryan was such a kind soul —he was such a joy to have in class —he was a very polite young man. Tara I’m so sorry for your loss —you and your family are in my prayers.
Comment Share
Share via:
C

Posted Jul 08, 2019 at 08:32am
We are beyond heart broken for your loss, Ryan will always be in our hearts as a kind, free spirited kid with a great since of humor from the neighborhood. Ryan & Colby have always been close and he feels the loss deeply.. Our deepest condolence to you & your family.
Bob & Christine Taylor
(Colby's mom)

Posted Jul 05, 2019 at 09:15pm
Ryan, I'll always remember you and your kindness. My condolences to his family and especially his mom and dad. My heart aches.
Comment Share
Share via:
A

Tara and family I am at a loss for words. I'm so sorry. I wish you strength and love to endure this horrible tragedy. Alicia and Tom Young 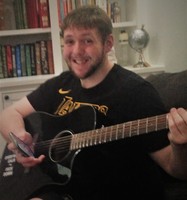