To share your memory on the wall of Verne Jackson, sign in using one of the following options:

Verne’s love and commitment to his community were evident through his lifetime. He was a member of Bethel Baptist Church, Shenandoah, serving at times as a deacon and as trustee. He also served as president of the Shenandoah Rural Cemetery.

Calling hours will be held on Saturday from 7-9pm, and Sunday from 2-4 and 7-9pm at the McHoul Funeral Home, Inc., 895 Route 82, Hopewell Junction. Members of the East Fishkill Fire District will conduct a firematic service on Sunday at 8pm. The Funeral Service will be held on Monday at 10am at the Shenandoah Farm. Private interment will be in the Shenandoah Cemetery.

In lieu of flowers, donations in memory of Mr. Verne Jackson may be made to the Bethel Baptist Church, 512 Shenandoah Road, Hopewell Junction, NY, 12533. Please visit Verne’s Book of Memories at www.mchoulfuneralhome.com.
Read Less

Consider providing a gift of comfort for the family of Verne Jackson by sending flowers.

We encourage you to share your most beloved memories of Verne here, so that the family and other loved ones can always see it. You can upload cherished photographs, or share your favorite stories, and can even comment on those shared by others.

Posted Aug 02, 2019 at 07:24pm
Dear Jackson Family,
Please accept our condolences on the loss of an all-around great man - always a contributor to every aspect of his community. It has been a real honor to have known and worked with Verne. May he rest in peace and may your faith help you through this difficult time.
Jerry and Carol Simonetty
Comment Share
Share via:
SL 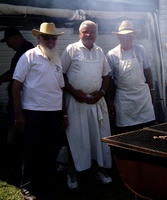 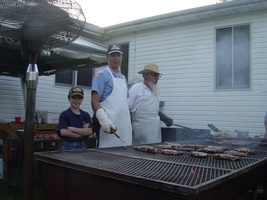