To share your memory on the wall of Lola Yellen, sign in using one of the following options:

Consider providing a gift of comfort for the family of Lola Yellen by sending flowers.

We encourage you to share your most beloved memories of Lola here, so that the family and other loved ones can always see it. You can upload cherished photographs, or share your favorite stories, and can even comment on those shared by others.

Posted Aug 09, 2019 at 11:38am
My condolences to the Yellen family for your loss. Lola was one of those special people that I will never forget. Our friendship began many years ago and her smile and laugh always made my heart lighter. As a volunteer at Blodgett Library in Fishkill, she cheerfully did any library task asked of her and I treasure the time we worked together. RIP, Lola, my friend. Doris Free, Broad St., Fishkill
Comment Share
Share via:
MJ

Heartfelt condolences go out to all of Lola’s family. I have many fond memories of the Yellen family when we lived in the big White House in Fishkill. Time fast forwards taking us all to different corners of the world, however memories remain. As you grieve the loss of Lola May you find comfort in the wonderful life she led and the legacy that she leaves behind. Finally after all these years she is reunited with Don and others that have gone before her. May she RIP in the Kingdom of heaven in the presence of Jesus and all the angels and saints. May the Lord have mercy on your soul and grant peace And comfort to your family. Fondly, Mrs Paul (Renee) Jurgensen, Florida 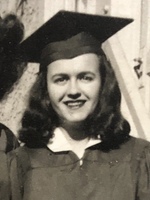 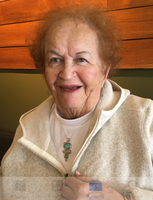