To share your memory on the wall of Diane Locoparra, sign in using one of the following options:

Provide comfort for the family of Diane Locoparra with a meaningful gesture of sympathy.

Consider providing a gift of comfort for the family of Diane Locoparra by sending flowers.

Posted Aug 17, 2019 at 06:56pm
Dear Al,
Diane will always be remember for her loving ways and the joy she brought to everyone. May her spirit live on and radiate in this tree. She will be deeply missed by us. 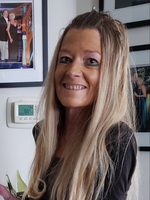