To share your memory on the wall of Michael DeCosta, sign in using one of the following options:

"The chains that bind you are too light to feel, until they are too heavy to break off."

"The chains that bind you are too light to feel, until they are too heavy to break off."

Addiction is a disease, not a choice. It changes the brain structure and happens when substance use crosses the line between pleasure and compulsion. It is a physical, mental, and spiritual condition. It is the only prison, where the key is on the inside.

A ten year battle with addiction has been lost. Michael fought a long hard fight with numerous attempts to get well. His courage to keep trying is something that we will always be proud of and grateful for. He enjoyed lengthy periods of recovery and success that allowed him to rebuild relationships, learn a trade, and make some really good friends. Best of all, those periods of recovery allowed him to look his parent in the eye, and himself in the mirror, with a sense of pride and dignity

Born on April 1, 1990 in Paterson, NJ, Michael was the son of Michael and Suzanne (Lajoie) DeCosta, Sr. He learned his trade, and earned his start with Kohlmaier Tree Care in Hopewell Junction. He was most recently employed as a groundsman, and equipment operator for Sawd Off Tree Service in Hyde Park.

During the times that he enjoyed recovery, he was funny and fun to be around. He loved the outdoors, and camping with his friends. He loved his job, loved all animals especially his dog Oliver, working on cars, listening to music, and binge watching Netflix.

He had a support system ranging from New England to Florida, that supported him in his recovery yet learned and practiced to walk the fine line of the difference between helping and enabling, when he wasn't well. He was loved by all that knew him, but somehow didn't love himself.

He had a mom and dad, that never gave up hope. Three sisters that were his biggest fans, his harshest critics,and the first ones to call him out on his behaviors. Family and friends in NY and MA that took him in from homelessness with the offer to help rebuild. Recovery peers from Amethyst Recovery Center in Port St Lucie, Florida, and St Christopher's Inn in Garrison NY, that planted the seeds that recovery was not only achievable, but could also be enjoyable. Finally, a fellowship of friends that became family, and where he enjoyed his longest success in sobriety are the amazing group of people that make up the Hopewell Junction group of Alcoholics Anonymous.

In addition to his parents, Michael is survived by his sisters, Sarah, Nicole and Samantha DeCosta of Stormville, NY; his grandmothers, Muriel DeCosta and Elizabeth Lajoie of New Bedford, MA; and many aunts, uncles, cousins and friends. He was predeceased by his grandfathers, Charles Lajoie Jr,and William DeCosta, Jr.

Calling hours will be held on Thursday from 4-8pm at the McHoul Funeral Home, Inc., 895 Route 82, Hopewell Junction. A Christian Mass will be offered on Friday at 10am at St. Denis Church, 602 Beekman Road, Hopewell Junction. His remains will be buried at a later date in New Bedford, MA

In lieu of flowers, memorial donations may be made to St. Christopher’s Inn, a valued resource for men struggling with addiction. Donations can be mailed in Memory of Mike to St. Christopher's Inn, P.O. Box 150, Garrison, NY 10524.

Consider providing a gift of comfort for the family of Michael DeCosta by sending flowers.

Posted Aug 31, 2019 at 04:37pm
I read the obituary, every word. I applaud the family for writing such a thoughtful and loving piece. My heart goes out to the family for the loss of their loved one. For Michael to achieve times of recovery is truly quite an accomplishment. Addiction is no fun and not for the faint of heart. If just one person after reading this obituary decides that the risk of addiction makes experimenting with drugs and/or alcohol a non-starter it will not have been in vain. And Michael and his family may well have saved that person and their family from severe anguish. I do not know Michael or his family but I am no stranger to addiction and the pain and suffering it causes. God Bless Michael and his family.
Comment Share
Share via:
CA

I didn't know Mike that well, but I do know that he was loved so much by his family and friends. My heart just aches for all of you and know that the support he had was tremendous. Demons are a horrible thing and Mike drowned by them. He is at peace now and his family can be at peace as well knowing he is in a better place and not suffering anymore. Love to you all.
Comment Share
Share via:
DT

Posted Aug 29, 2019 at 09:42am
I did not know Michael, but the wonderful tribute with heartfelt love, respect and honor filled my heart. Bless you as you go through these very difficult days, weeks and managing lives without him. I will certainly be sending a donation to Christopher's Inn in his memory.
Comment Share
Share via:

Posted Aug 28, 2019 at 08:58pm
My daughter met Michael in FL @ Amythest. I had the honor of meeting Michael about 2 years ago in NY at one of their friends houses. What a charismatic young man he was. Charming, respectful, funny, and a caring friend.
The honest, heartfelt obituary you wrote in His honor was beautiful. My sincere condolences to your family.
Comment Share
Share via:
D

Posted Aug 28, 2019 at 06:57pm
I did not know you Mike, I read the loving tribute written by your loved ones. These.honest, heartfelt words so touched my heart. I know the struggles and pain of loving a family member with an addiction. I also, as your family, witness the day to day battle an addict faces. I send my love and support to all of you. I feel the blessing you were to Mike. Mike, good journey to you. Your mission here complete, I bid you farewell. May the rose rise to meet you, the wind be at your back. Blessings of warm sunshine on your face. God will guide you to the promised mansion. Rest easy. God Bless you and your incredible family and friends.
Comment Share
Share via: 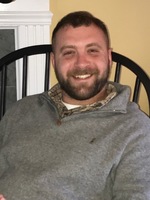 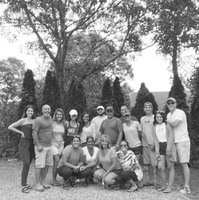