To share your memory on the wall of Benjamin Roosa, sign in using one of the following options:

Provide comfort for the family of Benjamin Roosa with a meaningful gesture of sympathy.

Ben received his AB from Columbia College and his JD from Albany Law School of Union University. After graduation, he joined his father’s law practice in Beacon, NY in 1957 and was later joined by his daughter, Elizabeth. They continue to operate “Roosa & Roosa”, family owned and operated since 1927.

He was always involved in the community and in his Church. Raised in the First Presbyterian Church of Beacon, he served as President of their Board of Trustees; Member of the Board of the Dutchess County American Cancer Society; President of the Beacon Branch of the Salvation Army; Board Member of the YMCA; Member of Consistory of the Hopewell Reformed Church and Chairman of its Investment Committee for many years. For ten years, Ben sponsored the Duck Derby held by the American Cancer Society in memory of his late wife, Betty.

Always interested in politics, he served on the Dutchess County Legislature for Town of East Fishkill and as New York State Assemblyman for the 100th District. During his time in the Assembly, Ben sponsored legislation (later signed by Governor Rockefeller) to create the Environmental Center at Stonykill and was also awarded the American Civil Liberties Freshman of the Year designation. He also served many years on the East Fishkill Republican Committee.

In 1958, he married fellow Beaconite, Elizabeth (Betty) Haeberlin, who predeceased him in 1990. He later married Barbara Brown Cowell whom he had known in college, who also predeceased him. For the last many years, he has shared his life with Judith Phillips, a wonderful partner who provided him with much sunshine in the twilight years of his life.

Donations are being accepted for: CARDINAL HAYES HOME FOR CHILDREN.

Consider providing a gift of comfort for the family of Benjamin Roosa by sending flowers.

We encourage you to share your most beloved memories of Benjamin here, so that the family and other loved ones can always see it. You can upload cherished photographs, or share your favorite stories, and can even comment on those shared by others.

Posted Sep 16, 2019 at 11:18am
Members of the BenjaminP. Roosa, Jr. Family -
He and I were colleagues and friends for a protracted period of time and interacted as attorneys for many people in various situations. He was a respected colleague, a good friend for many years and a special human being. It has been a privilege to know, interact and handle professional matters with Ben. He was a credit to his family, an asset to the community and a special attorney in the local legal community. My belief is that the eyes are the mirror of the soul. Looking at Ben's photograph it's clear that he was a good human being. He will be missed by all and especially by me. Douglas F. Wicks, Esq.
Comment Share
Share via:
G

Posted Sep 01, 2019 at 01:29pm
Farewell to one of our original Hickman Drive residents. You were the finest individual our community was blessed to have. Intelligent, fair, honest and non-judgemental along with being soft spoken to name a few of your traits. Rest in peace dear neighbor. You will be fondly missed. Grace Begosh
Comment Share
Share via:
JR

Posted Sep 01, 2019 at 11:39am
Mr. Roosa was a friend of Animal Rescue Foundation (ARF) in Beacon for many, many years. He provided expert advice and counsel as well as support over the years. May he be at peace.
Comment Share
Share via:
WC

Mr. Roosa, an attorney, became Ben, a friend , over the decades he guided and represented us in legal matters. He was a gentleman, a reminder of just what a true gentleman should be. His passing well leave a void in many lives and we will miss our friend.
Comment Share
Share via:
WS

Posted Aug 31, 2019 at 04:58pm
Ben was an important role model for me -- and I was a huge admirer of his public service and his community leadership. I was blessed to enjoy his wisdom and guidance. His support and friendship meant a great deal to my success starting my career. To his family I send my warmest wishes and sympathy. God bless. William R. Steinhaus, Dutchess County Executive, 1992-2011, Retired
Comment Share
Share via: 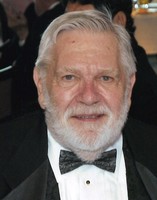