To share your memory on the wall of Thomas McManus, sign in using one of the following options:

Print
HOPEWELL JUNCTION - Thomas J. McManus, 64, an area resident since 2000 and formerly of South Salem and Bedford Hills, died on September 7, 2019 at his home following a courageous battle with cancer.

Born in the Bronx on December 3, 1954,... Read More
HOPEWELL JUNCTION - Thomas J. McManus, 64, an area resident since 2000 and formerly of South Salem and Bedford Hills, died on September 7, 2019 at his home following a courageous battle with cancer.

Born in the Bronx on December 3, 1954, he was the son of Catherine (Tobin) McManus and the late Martin McManus. The family moved to Carmel when TJ was 14 where his mother still resides. TJ proudly served our country in the US Army. He worked in the telecommunications business for over 40 years and eventually opened his own business, MCM Connexions, that served the New York City tri-state area. He was also a member of TWU Local 100 and worked for the New York City Transit Authority. TJ was always an athlete, he played rugby for over 20 years starting in Germany when he was in the Army and for two years when he lived in London. Upon returning to New York he became a member of the White Plains Rugby Club. Retiring from Rugby in his forties TJ became an avid golfer.

On December 12, 1987 at St. Christopher's Church in Buchanan, TJ married Margaret Smith who survives at home with their daughter, Katie McManus. In addition to his wife. daughter and mother, TJ is also survived by his brothers and their wives: Brian and Kathy McManus of Carmel NY, Sean and Pat McManus of Wayne Pa, Kevin and Janine McManus of Charleston SC and Paul and Myriam McManus of the Bronx, NY; and a loving extended family of nieces, nephews, aunts, cousins and friends, in the States, Ireland and around the world.

Calling hours will be held on Friday from 4-8pm at the McHoul Funeral Home of Fishkill, Inc., 1089 Main Street, Fishkill. The Mass of Christian Burial will be offered on Saturday at 10am at St. Mary, Mother of the Church in Fishkill.

Memorial donations may be made to the Hudson Valley Hospice Foundation.

Consider providing a gift of comfort for the family of Thomas McManus by sending flowers.

Drs. Lori and Michael Smatt purchased the The FTD Pastel Peace Basket for the family of Thomas McManus. Send Flowers

Posted Sep 10, 2019 at 11:50am
Tommy was a good friend and teammate. I have happy memories of him both on and off the rugby pitch. Very sorry for your loss, Margaret and Katie. 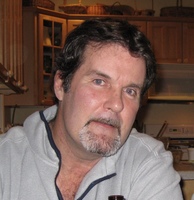 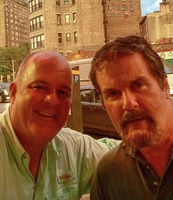