To share your memory on the wall of Anthony Ricciardi, sign in using one of the following options:

Provide comfort for the family of Anthony Ricciardi with a meaningful gesture of sympathy.

Print
WAPPINGERS FALLS – Anthony N. Ricciardi, Sr., 84, an area resident for the past 26 years, died on September 21, 2019 at home. He previously lived in Yonkers.

Born in Yonkers on September 19, 1935, he was the son of the late Nicholas and Theresa (Ciamei) Ricciardi. On June 9, 1957 at St. Mary's Church in Yonkers, he married Mary D. LaConte Ricciardi who predeceased him in 2016.

Anthony spent his career serving his country with the US Army. He was enlisted from 1955-1963 in the US Army before transferring to the Army Reserves. After being honorably discharged due to a disability, he went on to work for the US Army as a civilian employee and retired as Chief Warrant Officer (CW-4). During his retirement, he volunteered at Castle Point VAMC for 15 years.

He is survived by his children, Theresa Sceppaquercia of Hyde Park, Anthony Ricciardi, Jr. and his wife Michele of Newburgh, Antoinette Harrison and her husband Michael of Hopewell Junction, Charles Ricciardi of Hopewell Junction, and Nicholas Ricciardi of Wappingers Falls; his grandchildren, Mark, Dominic, Nicole, Anthony III, Michael, Christie, Charles Jr., Domenick, and Michelle; his brother, Nicholas Ricciardi, Jr. and his wife Christine of New Jersey; and many nieces and nephews. He was also predeceased by his son-in-law, Mario Sceppaquercia in 2008; his sister, Theresa Kruse and her husband Richard.

Calling hours will be held on Wednesday from 2-4 and 7-9 pm at the McHoul Funeral Home, Inc., 895 Route 82, Hopewell Junction. The funeral service will be held on Thursday at 10 am at the funeral home followed by entombment at Fishkill Rural Cemetery with military honors.

Consider providing a gift of comfort for the family of Anthony Ricciardi by sending flowers.

We encourage you to share your most beloved memories of Anthony here, so that the family and other loved ones can always see it. You can upload cherished photographs, or share your favorite stories, and can even comment on those shared by others.

Posted Nov 30, 2019 at 07:06pm
My Name is Robert Neglia, I was deeply sadden to find out today, 30 Nov 2019, that Tony pasted away. Tony, gave me my first job
at OMS #46, later changed to AMSA #12 at Fort Totten in 1972 as a mechanic. Tony was a hard boss, always got the job done, but he was also understanding and showed compassion to the problems of those that worked for him. I worked under Tony for many years, he always pushed me to advance myself, then in 1979 I became his Boss and we had a great working relationship for many more years. We lost touch with each other over the years like many others have done when they retire and that is a loss for everyone. The last time I saw Tony and Mary is when Ted Staniszewski, another guy that worked for Tony and myself visited him at his home. I will miss Tony.
Comment Share
Share via: 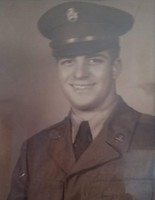