To share your memory on the wall of Diane Rosati, sign in using one of the following options:

Provide comfort for the family of Diane Rosati with a meaningful gesture of sympathy.

Born in the Bronx on July 10, 1957, she was the daughter of the late James E. and Helen (Martinka) Rosati. Diane had been employed as a teacher for the Rhinebeck Country School and Ulster County BOCES. She retired in 2009 after 30 years of teaching.

Diane was a parishioner of St. Columba Church. Diane and her sisters became local legends as some of the Hudson Valley Renegades biggest fans, the “Hansen Sisters.” As season ticket holders for many years, they never missed a game from their seats behind home plate, dressed in their Gades gear and cheering on their team with their raccoons in hand. She was also a big WWF and WWE fan, and a friend of Vince McMahon.

In addition to her parents, Diane was predeceased by her loving sisters, Christine A. Rosati, Linda Mae Rosati Quarto, and Vivian E. Rosati. She is survived by many cousins.

Calling hours will be held on Wednesday from 10-11am at the McHoul Funeral Home, Inc., 895 Route 82, Hopewell Junction with a Funeral Service at 11am. Interment will follow in St. Denis Cemetery.
Read Less

Consider providing a gift of comfort for the family of Diane Rosati by sending flowers.

Posted Sep 25, 2019 at 03:15pm
Helen M Richter
I had the pleasure in working with Diane for many years at Ulster Boces and we have kept intouch visiting at home ,in hospital ,seeing each other at the Dutchess stadium during many wrestling photos opp events and .a few Renegades games.She enjoyed teaching and was a very giving person especially to her students. I can only wish for her humor to be contagious to all of us who loved her so much ,The service was very thoughtful in remembrance of her strength and struggles . My condolences to all Diane's Family and Friends in my heart I know she will surely be missed
Comment Share
Share via:
WL

Posted Sep 25, 2019 at 10:02am
I had the pleasure of working with Diane for many years at Ulster BOCES, I will always remember her dedication to our students, her passion for teaching and her infectious sense of humor, she talked me off the ledge so many times. Rest in peace.
Bill Lopez
Comment Share
Share via:
NM

Posted Sep 24, 2019 at 07:21pm
I worked with Diane for many years at BOCES and this is so very sad. She always had a smile and was so very kind not only to me, but to my daughter Heather. My heart is breaking and I can't believe she is gone. I live in South Carolina so will be unable to attend the services but she will be in my heart and thoughts. Sincerely, Nancy McLaughlin
Comment Share
Share via:
ET

Posted Sep 24, 2019 at 06:34pm
I worked with Diane at Boces. She was very kind and generous. She loved Rubiks cubes . R.I.P. Diane. Condolences to her friends and family.
Comment Share
Share via: 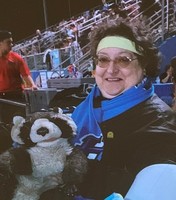