To share your memory on the wall of Malcolm Mills, sign in using one of the following options:

Provide comfort for the family of Malcolm Mills with a meaningful gesture of sympathy.

Malcolm was born on December 24, 1937 in the English village of Thames Ditton to Bernard John and Doris May (Hodgson) Mills and was christened... Read More
EAST FISHKILL - Malcolm John Mills, 81, died on October 4, 2019 after battling a long illness.

Malcolm was born on December 24, 1937 in the English village of Thames Ditton to Bernard John and Doris May (Hodgson) Mills and was christened into the Church of England.

Malcom attained his degree in Food Processing Engineering and pursued a varied career both in the United States and abroad.

On June 15, 1963 at St. Nicholas Church, Malcolm married Joy E. Pyett who survives at home. Together, they enjoyed sailing, music, horses and sports. They came to the beautiful Hudson Valley 45 years ago and made this their home.

In addition to his wife Joy, Malcolm is also survived by his sister Margaret Hunter of England; and many nieces, nephews and friends.

A Memorial Service will be held on Saturday, October 19 at 9:30am at the Hopewell Reformed Church, 143 Beekman Road, Hopewell Junction. Arrangements are under the direction of the McHoul Funeral Home, Inc.

In lieu of flowers, memorial donations may be made to the East Fishkill Historical Society, PO Box 245, Hopewell Junction, NY 12533. Please visit Malcolm’s Book of Memories at www.mchoulfuneralhome.com.
Read Less

Consider providing a gift of comfort for the family of Malcolm Mills by sending flowers.

We encourage you to share your most beloved memories of Malcolm here, so that the family and other loved ones can always see it. You can upload cherished photographs, or share your favorite stories, and can even comment on those shared by others.

Posted Oct 09, 2019 at 03:41pm
I've known Malcolm since I had the pleasure of working for him and the East Fishkill Historical Society
as a videographer/photographer on our first project, the restoration of the 1820s one-room schoolhouse from 2003 to 2006.
https://youtu.be/ZfbAUvCEzc8
We worked on several related projects: Historic video interviews with a former student and several prominent residents,
a School Program for Educators, all the while Malcolm was the consummate narrator and interviewer.
See all the results at http://eastfishkillhistoricalsociety.org/av.html
and http://eastfishkillhistoricalsociety.org/pictures.html
Years later we worked on several other video projects.
It was always a joy to work and visit with Malcolm. I'd visit him and he'd visit us and we'd have a ball!
Our prayers and sympathies to Joy and the extended families. East Fishkill has lost a very good friend.
May he now be surrounded by peace. I found the other project I worked on with Malcolm. It was on an issue that he was passionate about. I shot and edited the video, but Malcolm produced it: wrote the script, chose the locations, and narrated the result. https://youtu.be/n4W_PZ1hiwc 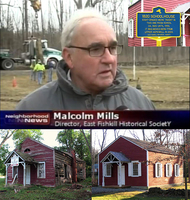 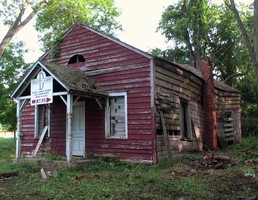 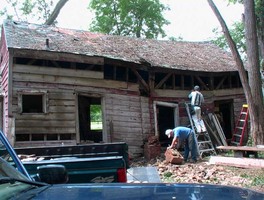