To share your memory on the wall of Joanne Daly McGilton, sign in using one of the following options:

Born in Manhattan on December 28, 1941, she was the daughter of the late James L. and Doris (Hughes... Read More
EAST FISHKILL - Joanne L. McGilton, 77, formerly of Manhattan, died on October 15, 2019 at Wingate at Dutchess following a short illness.

Born in Manhattan on December 28, 1941, she was the daughter of the late James L. and Doris (Hughes) Daly. Joanne received her master’s degree from SUNY New Paltz. She taught second grade at St. Columba School for thirteen years. She was also a special education teacher for the Wappingers Central School District at John Jay High School and at Van Wyck Junior High School for almost 30 years.

Joanne was a parishioner of St. Columba Church and a member of Melzingah Chapter, NSDAR. Joanne enjoyed splitting her time between her homes in Hopewell Junction and The Villages in Florida where she belonged to the computer and gun clubs. She enjoyed traveling and bike riding, and she loved dogs.

In lieu of flowers, memorial donations may be made to St. Columba Church for Masses in Joanne’s name. Please visit Joanne’s Book of Memories at www.mchoulfuneralhome.com.
Read Less

Consider providing a gift of comfort for the family of Joanne Daly McGilton by sending flowers.

We encourage you to share your most beloved memories of Joanne here, so that the family and other loved ones can always see it. You can upload cherished photographs, or share your favorite stories, and can even comment on those shared by others.

Posted Oct 20, 2019 at 11:33pm
" Miss Daly" was my 2nd grade teacher at St. Columba. What can I say about her? So many things. I absolutely loved having her as my teacher. Words to describe her very smart, very gentle, had a passion for teaching and adventures in learning. She always had a soothing smile. As well as a twinkle in her eyes. I convey my deepest sympathy to her family she loved so much. Joanne was there for my Dad and I after my mom died in 1985. It was a hard time for my family. Selfless in her caring for others. Always ready to reach out, offer a kind and hopeful word regarding my mom so sick with cancer. Joanne had a genuine interest for the wellbeing of others. We stayed in touch after I moved from NY. Her incredible faith, and her evident love for Christ and her faith lived in action was always there. My favorite teacher. long time friend for so many years of my life. Great smile! I will always remember her. As well as cherish her as my favorite teacher. Great memories of St. Columba school because of her. I believe with all of my heart she is in heaven reunited with Gene. I pray for her and to her. May Joanne rest in peace. She taught me many things as her student. The biggest one is you are never to old to learn and keep trying. With my deepest sympathy and prayers, JAW
Comment Share
Share via:
TP

Posted Oct 18, 2019 at 07:58pm
Joanne was my second grade teacher at St. Columba. I remember her as a dedicated and caring teacher, and she's a big part of the fond memories I have of my time there. RIP Miss Daly, and thank you.
Comment Share
Share via:

Posted Oct 18, 2019 at 05:09pm
Terry and I are so sorry for your loss. Peace, prayers and hugs go out to all of you! I remember Joanne from Stuyvesant Town, lower level being the level-headed one in our group. She was always kind and caring. Later on I discovered that we had something in common- the love of animals, especially dogs. Peace to All of you! Gloria and Terry Toussaint ( Cunningham)
Comment Share
Share via:
EK

Posted Oct 17, 2019 at 04:51pm
When I first came to Van Wyck in the Special Education Department, Joanne and I became fast friends. We shared space together and many laughs. We didn't always agree, but it never came between us. Her faith was so important to her and I know she is free from suffering now. She will be missed.
Comment Share
Share via:
P

Posted Oct 17, 2019 at 03:23pm
Joanne and I were 2nd grade teachers together at St. Columba. In recent years we were able to reconnect via Facebook and sent messages back and forth. A great smile... a great friend...🙏🙏🙏
Comment Share
Share via: 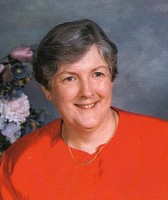