To share your memory on the wall of John Strick, sign in using one of the following options:

Born in Yonkers on November 21, 1937, he was the son of Edward and Mary (Hackett) Strick. John served our country in the US Army and had worked as a supervisor for Feuer Transportation in Yonkers for 20 years until his retirement in 2006.

On December 1, 1973 in Yonkers, John married Elsa H. Urban who predeceased him on June 28, 2005. John is survived by his sons and their wives, Carl and Loraine Syslo, Stephen and Judy Syslo, and William and Shelly Syslo; and his grandchildren, Nicole, Ryan, Aubrie, Brenna, Jenna, and Ashley.

A graveside service with military honors will be held on Monday, October 28, 2019 at 1pm at Fishkill Rural Cemetery, 801 Route 9, Fishkill.

Memorial donations may be made to Safe Haven Animal and Wildlife Center.
Read Less

Consider providing a gift of comfort for the family of John Strick by sending flowers. 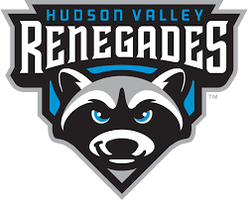