To share your memory on the wall of Robert Renaud, sign in using one of the following options:

Provide comfort for the family of Robert Renaud with a meaningful gesture of sympathy.

Born on July 22, 1935 in Detroit, MI, he was the son of Warren and Margaret (Schmidt) Renaud. He proudly served our country in the US Arm... Read More
POUGHKEEPSIE – Robert W. Renaud, 84, died on October 25, 2019 at Vassar Brothers Medical Center.

Born on July 22, 1935 in Detroit, MI, he was the son of Warren and Margaret (Schmidt) Renaud. He proudly served our country in the US Army during the Korean War. He retired from IBM in 1993 after 30 years of employment. He was a member of the IBM Quarter Century Club and a very active member and leader of Mended Hearts. He enjoyed woodworking, reading, hiking, traveling and enjoyed designing stained glass.

Calling hours will be held on Monday from 4-8pm at the McHoul Funeral Home, Inc., 895 Route 82, Hopewell Junction. The Funeral Service will be on Tuesday at 11am at the funeral home followed by interment at Union Cemetery in Hyde Park.

Consider providing a gift of comfort for the family of Robert Renaud by sending flowers.

Posted Oct 29, 2019 at 05:51am
Dad...not by blood. You were happy to tell people I was your other daughter. The laughs with Shirley on the Mended Heart trips to the casino I will never forget, a cause that meant so much to you. Your conversations and advise to Craig at your workouts together I will always appreciate. The hard time we all went through watching you cry and wishing I could make it all better. You truly were an amazing man and never wanted anyone to worry about you. May you now be at peace and no more pain. Dance with Gloria again and thank you for many great memories. 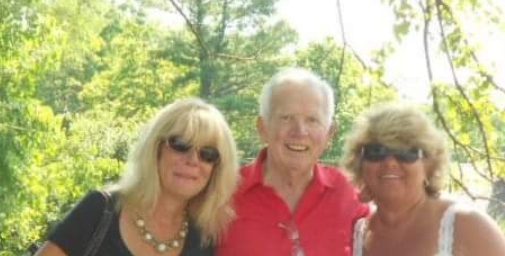 Posted Oct 26, 2019 at 11:10am
You were such a inspiration and achieved so much for an organization that you truly believed in. You will always be a part of Mended Hearts Chapter 5 , Your presence even towards the end was always a welcomed sight, and you were always at every meeting and event that we had. You were a President , who put us on the map in the Hudson Valley , and you will be remember for that, along with the casino trips, baking events, fairs and conventions that you help with.
I know you never forgot our New Orleans convention, it was the highlight of so many of Chapter 5 members, and we always had a good laugh, didn't we Bob,
You were a good friend , and I know I will miss you so, I am glad you are at peace now .
JoAnn
President
Mended Hearts
Chapter 5
Comment Share
Share via: 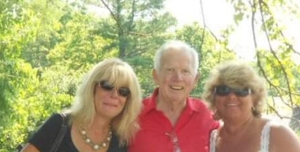