To share your memory on the wall of Alfred Hayton, sign in using one of the following options:

Ben was an avid hunter, fisherman, and golfer, and was a lifetime member of the Whortlekill Rod & Gun Club. Ben was the owner of Shamrock Pools Inc, and was employed by Wappingers Central School District as a bus driver from 1969 to 1993. Ben drove for John Jay High School, where he became known as “Ben the Bus Driver” to all of his sports teams.

Ben is survived by his son Glenn and his daughter-in-law Cindy; his grandson, Trevor; and several nieces and nephews. He was predeceased by Nancy, his wife of 66 years; his mother and father; his brothers William, Jack, Matt, and George; and his sisters Iris, Phyllis, and Violet.

From Ben: “This is my final farewell to the John Jay Sports Teams. I want to thank you for all the love and affection you have shown to Mrs. Ben and me over the years. My final wish is that I touched a piece of your heart the way you have all touched mine. Goodbye and God Bless.P.S. Don’t forget the green carnation.”

In lieu of flowers, memorial donations may be made to St. Jude Children’s Research Hospital. Please visit Ben’s Book of Memories at www.mchoulfuneralhome.com.
Read Less

Consider providing a gift of comfort for the family of Alfred Hayton by sending flowers.

We encourage you to share your most beloved memories of Alfred here, so that the family and other loved ones can always see it. You can upload cherished photographs, or share your favorite stories, and can even comment on those shared by others.

Posted May 13, 2020 at 11:52pm
I remember ben like it was yesterday although it was 1969 through 1973 He was always so cheerful and would call out the streets for each bus at John Jay in his beautiful brough . 51 years ago and the thinking of Ben still makes me smile RIP
Comment Share
Share via:
BM

Posted Nov 10, 2019 at 04:10pm
Dear Pat, Glenn, & family,
Mr. Ben was such a caring, loving, cheerful guy. All the kids loved him & he loved them as well. Even though he seemed to transport more of the Girl Teams than Boys, he had a great relationship with the Boys as well. Mr. & Mrs. Ben went to all the John Jay Soccer games with their chairs as close to the Team benches as could be! Mrs. with her box of donuts & drinks for the boys, win or lose. There will never be such a dedicated couple to The students at John Jay as the two of them. I am so very glad to say Nancy & Ben were my friends. I will miss making him his usual Soda Bread this year.
Prayers & thoughts to all,
Beth C. Mostransky & sons
Comment Share
Share via:
DH

Posted Nov 06, 2019 at 01:40pm
Glenn and Family,
My Thoughts and Sympathy are with you at this difficult time.
A quote I read once: " Death of a Loved one leaves a Heartache no one can heal. Love leaves a memory no one can steal."
I can relate to what your going through... God Bless...
Comment Share
Share via:
HM

Posted Oct 31, 2019 at 08:17pm
I was stop number five or six on the bus route, and I remember when I turned 16, Nancy had baked cupcakes for me, and Ben and the kids on the bus sang Happy Birthday to me. "16 and never been kissed" he said. HAHA. I have many memories, but that is by far my favorite. Glenn - I'm so, so sorry for your loss. Your father and mother were the kindest people this world has ever seen. I would not have made it through high school if it wasn't for your Dad. Rest in peace "Uncle" Ben. You will be missed,
Comment Share
Share via:

Posted Oct 31, 2019 at 05:31pm
Heaven has gained a truly beautiful soul. I dont have one varsity memory that didnt have Ben in it asking me “What kind of trouble did you cause today Ms. Stanford” Whether he was driving us or another team he always. At least now he can sit up high and smile at all the lives he touched. My thoughts and prayers to him and his family. Love You Ben 🍀
Comment Share
Share via: 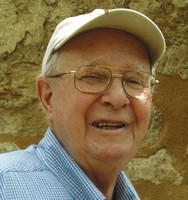 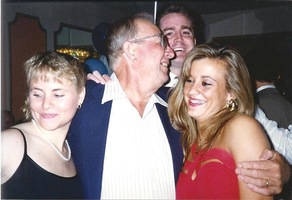 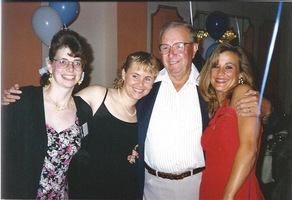 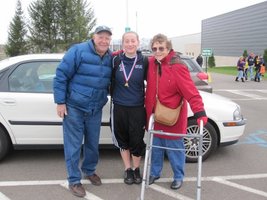