To share your memory on the wall of Emil Preuss, sign in using one of the following options:

Born in College Point on February 8, 1925, Emil was the son of Julius and Rosalia (Katzberg) Preuss. He proudly served our... Read More
BEEKMAN - Emil Preuss, 94, an area resident since 1948 passed away at his home on Veterans Day, November 11, 2019.

Born in College Point on February 8, 1925, Emil was the son of Julius and Rosalia (Katzberg) Preuss. He proudly served our country as a Sergeant in the US Army Air Force during World War II. While serving, he attended training school in Denver where he learned how to load bombs into B-29 aircrafts. He also earned medals of Good Conduct at both the Pacific Theater and the Battle of Guam. Emil was employed by the NYS Department of Corrections at Sing Sing, Downstate and Green Haven Correctional Facilities, retiring as a Lieutenant in charge of inmate transfers after 33 years.

Emil was a member of St. Paul’s Episcopal Church in Pleasant Valley, and was on the Vestry at the Church of the Resurrection in Hopewell Junction. He served on the Town of Beekman Recreation Commission and Conservation Board as well as being a Town Councilman for 16 years. He volunteered with the PTA and the Boy Scouts of America. Emil enjoyed woodworking and gardening, and always looked forward to the Monday Morning Coffee Club!

On September 12, 1948 in Queens, Emil married Florence (Vulturale) who predeceased him on July 23, 2002. He was also predeceased by his son, Thomas Preuss, in 2000; and his siblings, Julius, Edward, Bertha and Richard.

Emil is survived by his daughters, Susan Houston-Marks of Poughkeepsie and Debra Robinson of Kingston; his loving companion Doris Tanner of Poughquag; his daughter-in-law, Jodie Preuss of Clinton Corners; his grandchildren, Jonathan Preuss, Jennifer and Avery Heath, Nicole and Brandon Decker, Kristin Robinson, Jason Houston, David Houston, and Brandon Marks; and his great-grandchildren, Luke and Noah Decker, and Lilah and Thomas Heath.

Calling hours will be held on Thursday from 2-4 and 7-9pm at the McHoul Funeral Home, Inc., 895 Route 82, Hopewell Junction. The Funeral Service will be held on Friday at 11:30am at St. Paul’s Episcopal Church, 808 Traver Road, Pleasant Valley followed by interment in St. Paul’s Cemetery.

Memorial donations may be made to St. Jude Children’s Research Hospital or the Wounded Warrior Project. Please visit Emil’s Book of Memories at www.mchoulfuneralhome.com.
Read Less

Consider providing a gift of comfort for the family of Emil Preuss by sending flowers.

We encourage you to share your most beloved memories of Emil here, so that the family and other loved ones can always see it. You can upload cherished photographs, or share your favorite stories, and can even comment on those shared by others.

Posted Nov 12, 2019 at 09:15pm
So very sorry for your loss of Emil! He will be missed! Special memories of Emil for his kindness and wit! We had some great times together! Prayers for all his loved ones. Ed&Dianne Ryan
Comment Share
Share via: 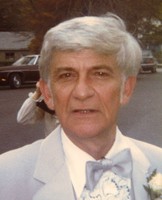