To share your memory on the wall of Robert Renza, sign in using one of the following options:

He was the son of Constanzo and Josephine (Radassao) Renza and was born at home in Peekskill on September 9, 1933, the 3rd of 4 ... Read More
FISHKILL – Robert L. Renza died peacefully at home on November 13, 2019, surrounded by his loving family.

He was the son of Constanzo and Josephine (Radassao) Renza and was born at home in Peekskill on September 9, 1933, the 3rd of 4 brothers. He attended Peekskill Schools, graduating from PHS in 1951. He was a 1955 graduate of RPI and went on to work at the Texaco Research Center in Beacon until his retirement in 1990.

Bob was a communicant and an active member of St. Mary, Mother of the Church. He was a choir member, a founding member of St. Mary’s Players where he was Billy Jester in “Little Mary Sunshine” and Ito in “Mame”, a 3rd Degree member of the St. Mary’s Council Knights of Columbus, the men’s group, the Parish Council and the Finance Committee.
On July 18, 1959, Bob married the love of his life, Barbara Morse. She survives at home. After the wedding, they immediately moved to Fishkill and have lived in the same house ever since.

Bob was the very proud father to Robert of Florida, Regina (Patrick) Crisci of LaGrangeville, Michael of Poughkeepsie, and Mary (Vincent) Ardovino of Virginia; his special Goddaughter, Roberta Theiss; and was blessed with his 5 grandchildren - Sara, Matthew, Kassandra, Marissa & Nicole and 2 great-grandchildren – Lucas and Violet. He is also survived by his younger brother, Richard. He was predeceased by his brothers, Celestino and John.

He was an avid fan of the NY Yankees but more than anything loved spending time with his family.

Calling hours will be held from 4 to 8 p.m. on Friday, November 15 at McHoul Funeral Home of Fishkill Inc., 1089 Main Street, Fishkill. A Mass of Christian Burial will be offered at 11:30 a.m. on Saturday at St. Mary, Mother of the Church, 106 Jackson Street, Fishkill followed by entombment at Fishkill Rural Cemetery.

Consider providing a gift of comfort for the family of Robert Renza by sending flowers.

Barb, our deepest condolences to you and the family on Bob's Passing. Although we can't be there for the services, all of you are in our thoughts and prayers.
Comment Share
Share via:
JF

Posted Nov 14, 2019 at 01:28pm
To all Bob's Family: So very to see that Bob passed away. What a great man and I will cherish the great times at Texaco we shared. Prayers to all as you deal with your loss.
Comment Share
Share via:
LA

Posted Nov 14, 2019 at 07:11am
Moving to Fishkill four years ago was made extra special by the welcome received from folks like Barbara and Bob who touch so many hearts. Bob will be greatly missed by his family, the community and neighborhood and more! Prayers for all his family and friends who loved him too!
Comment Share
Share via: 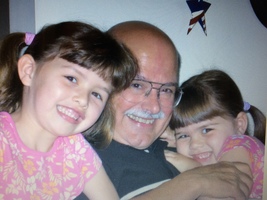 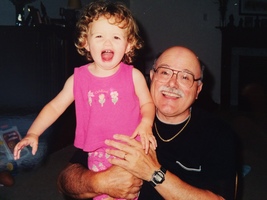 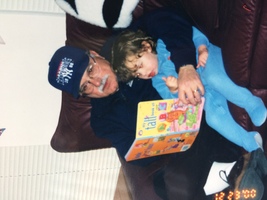