To share your memory on the wall of Nicholas Esposito, sign in using one of the following options:

Print
BEEKMAN - Nicholas J. Esposito, Jr., 79, an area resident since 1977 and formerly of Staten Island, died peacefully at his home on November 16, 2019 surrounded by his loving family.

Born in Brooklyn on December 22, 1939, he was the son of Nicholas and Louise (Quieroli) Esposito. Nicholas proudly served our country in the US Navy and was employed as a Mechanic A for Con Edison in New York for 42 years until his retirement in 2004. He was a parishioner of St. Kateri Tekakwitha Church in LaGrangeville. An avid outdoorsman, he had a passion for skiing. His favorite times were spent skiing with his family.

On May 2, 1975 in Brooklyn, Nicholas married Loretta (Cascino) who survives at home. He is also survived by his children and their spouses, Gary and Cynthia Esposito of Beekman, Frank and Jennifer Esposito of Media, PA, and Gina and Christopher LaFata of LaGrange; his brother, Ralph Esposito; and his grandchildren, Ryetta, Celia, Dominic, Gianna, Anthony and Charlie.

Calling hours will be held on Thursday from 2-4 and 7-9pm at the McHoul Funeral Home, Inc., 895 Route 82, Hopewell Junction. The Mass of Christian Burial will be offered on Friday at 10am at St. Kateri Tekakwitha Church, 1925 Route 82, LaGrangeville followed by interment in St. Denis Cemetery.

Consider providing a gift of comfort for the family of Nicholas Esposito by sending flowers.

We encourage you to share your most beloved memories of Nicholas here, so that the family and other loved ones can always see it. You can upload cherished photographs, or share your favorite stories, and can even comment on those shared by others. 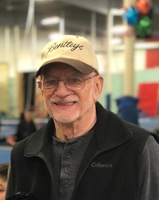 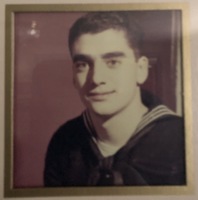 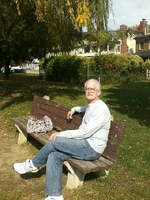