To share your memory on the wall of Robert Shook, sign in using one of the following options:

Provide comfort for the family of Robert Shook with a meaningful gesture of sympathy.

Born in Somers on October 20, 1925, Robert was the son of the late Arthur and Marion (McCann) Shook. He was a proud veteran of the US Navy, serving in the Pacific during WWII. He was commended for his service and awarded the Victory Medal, the Asiatic Pacific Medal and the American Theater medal. Robert was employed as a Field Representative by New York State Electric and Gas for 35 years, retiring in 1988. He was a life member of the Somers Volunteer Fire Department where he served as Chief and Fire Commissioner. He also served as Fire Inspector for the Town of Somers.

Robert played semi-professional baseball for the Peekskill Highlanders, a minor league baseball team. He was an avid fan of the NY Yankees and enjoyed bowling, fishing, hunting and spending time with his family.

On October 10, 1959, Robert married Martha (Schneider) Shook at St. Joseph's Church in Croton Falls. She survives Robert at home. He is also survived by his daughters, Lisa Castiglione and her husband Frank of Roslyn Harbor, Long Island and Wendy Freyhagen of Hyde Park; his grandchildren, Jeffrey and Christopher Freyhagen and Christine and Frank Castiglione; his great-grandson, Gaven Grecco; his niece, Patricia Abdelnour; and his nephew, Jon Shook.

Calling hours will be held on Friday, November 22nd from 2-4 pm and 7-9 pm at the McHoul Funeral Home, Inc. of Fishkill, with a Firematic service celebrated by Somers VFD at 7:30 pm. A Mass of Christian Burial will be offered at 10 am on Saturday, November 23rd at St. Joseph's Church, 95 Plum Brook Rd, Somers, NY 10589. Interment will follow at St. Joseph's Cemetery with military honors.

Donations may be made in Robert’s memory to Alzheimer’s Association. Please visit his Book of Memories at www.mchoulfuneralhome.com.
Read Less

Consider providing a gift of comfort for the family of Robert Shook by sending flowers.

Posted Nov 22, 2019 at 12:47pm
Bombers Travel baseball is where my husband, my son and I met Wendy, her sons and her father, Bob, Grandpa as we called him. Just an all around nice man who loved his grandsons and loved watching Jeff and all the boys play ball. RIP Grandpa!
Carol & John Donnelly and family
Comment Share
Share via: 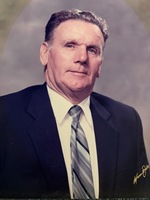 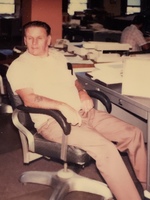 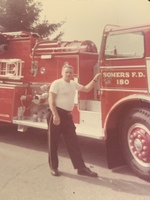 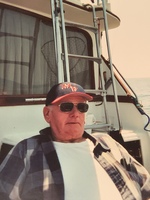