To share your memory on the wall of Richard Finelli, sign in using one of the following options:

Print
HOPEWELL JUNCTION – Richard Finelli, 65, an area resident for 23 years, died on November 24, 2019 at home. He previously lived in Yonkers.

Born in the Bronx on October 2, 1954, he was the son of the late Richard and Gloria (Affinito) F... Read More
HOPEWELL JUNCTION – Richard Finelli, 65, an area resident for 23 years, died on November 24, 2019 at home. He previously lived in Yonkers.

Born in the Bronx on October 2, 1954, he was the son of the late Richard and Gloria (Affinito) Finelli. He had been employed by Plumbers and Steamfitters Local 21 in Westchester County.

On October 11, 1985 in Hastings-on-Hudson, he married Dina (Ialonardi) Finelli who survives at home. He is also survived by his children, Alexa Rae and Jared Finelli, both of Hopewell Junction; his siblings and their spouses, James and Carolyn Scotti Finelli of Mount Vernon and Gloria Lee and Dennis Agazzi of Florida; His father-in-law and mother-in-law, Raymond and Marianne Ialonardi; his sister-in-law and brother-in-law, Christine and Anthony Cassetta; and his niece and nephews.

Richard was a parishioner at St. Columba Church in Hopewell Junction. He was an avid sports fan, and especially enjoyed the NY Yankees and NY Giants.

Visitation will be held on Friday from 2-4 and 7-9 pm at the McHoul Funeral Home, Inc., 895 Route 82, Hopewell Junction. A funeral service will be held at the funeral home on Saturday at 11:30 am.

Consider providing a gift of comfort for the family of Richard Finelli by sending flowers.

Posted Nov 26, 2019 at 03:34pm
Dear Dina and family,
We are so sorry we will not be able to make Richie Boys funeral. Please know that we are thinking about you and hoping this tree planted in Richie’s memory will give you some comfort. It’s hard to know what to say at times like these but please know we are praying for you all. God bless, Bob, Robin, Stefani and Gracie 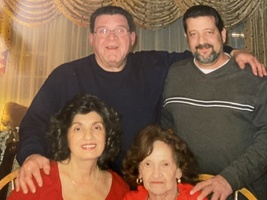 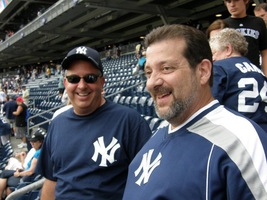 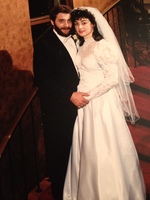