To share your memory on the wall of Mildred Casson, sign in using one of the following options:

Born on December 8, 1924 in the Bronx, she was the daughter of Anthony and Anna (Campo) Margarita. She had been employed as an elementary school teacher for the NYC Board of Education in the Bronx for 35 years. She was a member of the American Federation of Teachers. An avid fan of the New York Yankees, she also enjoyed playing blackjack, cooking and traveling.

Mildred is survived by her daughter, Barbara Doetsch of Pine Bush; and her granddaughter, Nicole Byer of Pine Bush.

The Mass of Christian Burial will be offered on Saturday, December 7 at 10:15am at St. Columba Church, 835 Route 82, Hopewell Junction followed by entombment in Gate of Heaven Cemetery.

Memorial donations may be made to the American Heart Association. Please visit Mildred’s Book of Memories at www.mchoulfuneralhome.com.
Read Less

Consider providing a gift of comfort for the family of Mildred Casson by sending flowers.

We encourage you to share your most beloved memories of Mildred here, so that the family and other loved ones can always see it. You can upload cherished photographs, or share your favorite stories, and can even comment on those shared by others. 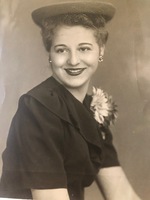 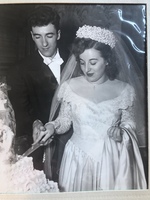 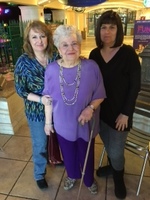