To share your memory on the wall of James Carassone, sign in using one of the following options:

Provide comfort for the family of James Carassone with a meaningful gesture of sympathy.

Print
James "Germano" Carassone, a resident of Fishkill since 1992 and formerly of the Bronx, passed away on Thursday, November 28, 2019 surrounded by his family at Mount Sinai Hospital in New York City. He was 79.

Son of the late Lorenzo and... Read More
James "Germano" Carassone, a resident of Fishkill since 1992 and formerly of the Bronx, passed away on Thursday, November 28, 2019 surrounded by his family at Mount Sinai Hospital in New York City. He was 79.

Son of the late Lorenzo and Anna (D’Toi) Carassone, he was born in Garessio, Italy on February 6, 1940. He was a skilled carpenter and founded Carassone Property Management, where he worked for many years. Jimmy loved gardening – He was a cultivator of land, shaping a beautiful environment to enjoy the fruits of his labor and admire what he created. From the majestic view of his gazebo, he delighted in the sight of his koi fish that brought him so much joy. He also enjoyed playing pool with his friends. More than anything else, Jimmy was a beloved husband, father, grandfather, and friend who cherished spending time with those he loved.

He is survived by his spouse, Kristina (Pavlik) Dema, at home in Fishkill; his son, Paul Carassone & his wife Elly of Fishkill; his son, Marc Carassone & his wife Michele of Montgomery; his grandchildren, Briana, Bella, Lena, and Enzo; his extended family including Jessica Cutler, Zachary Cutler, and Victoria Dema; his cousins in Italy and many other relatives & friends.

Jimmy was preceded in death by his parents as well as his son, Peter Carassone (2007) and his former wife, Carmela Carassone (2004).

Calling hours will be held from 4 to 8 p.m. on Tuesday, December 3 at the McHoul Funeral Home of Fishkill, Inc., 1089 Main Street, Fishkill. A funeral service will be held at 10 a.m. on Wednesday, December 4 at the funeral home, followed by interment at Poughkeepsie Rural Cemetery.

Consider providing a gift of comfort for the family of James Carassone by sending flowers.

Posted Dec 19, 2019 at 10:44am
We are so very saddened to find out that our friend, Jimmy, has gone to heaven. We have so many memories of him going back to the Bronx. He and Millie were very dear friends, and as we miss Millie, we will miss Jim. We will keep the entire Carassone family in our prayers. God grant you all peace and comfort in this very trying time. Jimmy lives on in all of you and in all of the memories. God Bless! Susan and Alex Cuesta Family
Comment Share
Share via: 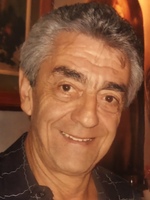