To share your memory on the wall of Robert Sauerman, sign in using one of the following options:

Provide comfort for the family of Robert Sauerman with a meaningful gesture of sympathy.

Print
Robert (Bob) Stephen Sauerman, 79, a resident of Lakeway, TX since 2007 and formerly of Mendham, NJ, died peacefully in his sleep on November 29, 2019 following a Thanksgiving spent with his children, grandchildren and extended family.

B... Read More
Robert (Bob) Stephen Sauerman, 79, a resident of Lakeway, TX since 2007 and formerly of Mendham, NJ, died peacefully in his sleep on November 29, 2019 following a Thanksgiving spent with his children, grandchildren and extended family.

Born in Abington, PA on March 14, 1940, he was the son of William and Helen (Sery) Sauerman. Bob graduated with his Bachelor of Science Degree in Mechanical Engineering from the US Merchant Marine Academy at Kings Point, Class of 1964, which is where he met his first wife Marie Loughran, a student at nearby Queens College. Upon graduation from the USMMA, Bob went to work for Worthington Pumps and sold industrial pumps, turbines and compressors and managed international distribution centers all over the world. After nearly thirty years as an international executive, Bob received his Master’s in Business Administration from Fairleigh Dickinson University. His 42-year international career took Bob and his family to assignments in San Juan, Puerto Rico; Miami, Florida; Manila, The Philippines; Singapore; and Tokyo, Japan before returning to New Jersey in 1985 and finally finishing his career in Texas. He retired in 2006 as the Vice President of International Marketing and Sales for ITT Fluid Transfer.

While his children were young, Bob was active in Webelos and Boy Scouts. In later life, Bob was an active parishioner of Emmaus Catholic Parish and rose to leadership of the Emmaus Chapter of the Knights of Columbus and volunteered as a hospice caregiver. In addition to his own family commitments, Bob spent numerous weekends cheerfully, and chattily, laboring with the Lakeway Friends of the Parks. He enjoyed making friends, recruiting cadets for the US Merchant Marine Academy, volunteering, gardening and cooking.

Bob strongly believed in service to Country and was grateful for the opportunities and lifestyle afforded him by his US Merchant Marine Academy engineering education. Both out of gratitude and passion, Bob actively and energetically recruited for King's Point and made every effort to attend each of his recruited cadets’ ceremonies.

On September 30, 2000 in Houston, TX, Bob married Ximena (Zuniga) Sauerman who survives at their home in Lakeway, TX. He is also survived by his children, Stephen Thomas Sauerman and his wife Kathleen of Mendham, NJ, and Roberta Sauerman Green of Poughquag, NY; his stepsons and their wives, George Edward and Kelly Loughran of Fairfax, VA, and Robert Francis and Carla Loughran of Austin, TX; his stepdaughter, Patricia Anne Loughran of Pittsburgh, PA; and his grandchildren, Stephen Matthew Sauerman and Elisabeth Jane Sauerman of Mendham, NJ, Marie Elaine Green, Dana Elizabeth Green, and Patrick James Green of Poughquag, NY, Sara Anne Loughran and Alice Marie Loughran of Austin, TX, and George Edward Loughran, Jr. and Lorelei Andrea Loughran of Fairfax, VA.

Bob was predeceased by his first wife, Marie Christine (Loughran) Sauerman, in 1998, as well as by his brother William John Sauerman and his sister Norma Jean (Sauerman) Dyche.

Two funeral masses will be held for Bob:

In lieu of flowers, donations can be made to Lakeway Friends of the Parks or the American Heart Association.
Read Less

Consider providing a gift of comfort for the family of Robert Sauerman by sending flowers.

Posted Dec 06, 2019 at 01:23pm
Bob was one fine Christian. He showed his love for his Savor by the was he treated his wife, family and friends. We will miss him and his enthusiasm to serve in so much ways. May God continue to bless him and his loved ones as he is welcomed into the arms of Jesus.
Our love and prayers, Pastor Noel and Diane Anderson
Comment Share
Share via: 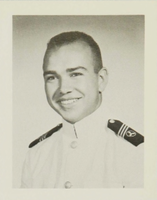