To share your memory on the wall of Robert Christman, sign in using one of the following options:

Provide comfort for the family of Robert Christman with a meaningful gesture of sympathy.

Print
BEACON – Robert H. “Bob” Christman, of the Town of Fishkill, died on Thursday, December 5, 2019 at Memorial Sloan Kettering Cancer Center in New York City from complications of Mantle Cell Lymphoma. He was 65.

Born in 1954, Bob was originally from Irvington, New Jersey. From 1976 until 1980, Bob served aboard the submarine USS Alexander Hamilton. After an honorable discharge from the Navy, Bob was employed at the Indian Point Energy Center in Buchanan, NY for over 30 years. After retirement, Bob enjoyed spending time with his family and friends, fishing, golfing, playing bridge, riding his ATV, and an occasional poker game.

Bob married Andree Hall, the love of his life, in June 1985. Andree stood by Bob during thick and thin and always loved and supported him. Bob and Andree have two children, Robert G. Christman and Alison K. Christman, who both have brought joy into Bob’s life. Bob is also survived by one grandson, Chase P. Christman, who never failed to keep Bob busy and make him laugh.

Bob is also survived by his sister and her husband, Janet Anne and Paul Greene of Lakewood, NJ; along with his niece Kelly Rose Greene and his nephew Ari Greenfield of New York City.

Calling hours will be held from 6 to 8 p.m. on Tuesday, December 10 at the McHoul Funeral Home of Fishkill, Inc., 1089 Main Street, Fishkill.

In lieu of flowers, it was Bob’s wish that you spend a moment or two reflecting on your life and live it tomorrow better than you did today. If inclined, you can also support cancer research by donating to the Memorial Sloan Kettering Cancer Center, P.O. Box 5028, Hagerstown, MD 21741-5028 (www.mskcc.org).

For online tributes, you can visit Bob’s Book of Memories at www.mchoulfuneralhome.com.
Read Less

Donations are being accepted for: MEMORIAL SLOAN KETTERING CANCER CENTER.

Consider providing a gift of comfort for the family of Robert Christman by sending flowers.

Posted Dec 10, 2019 at 04:03pm
Bob and i started on the same day. His employee number was one higher than mine. We both went to the city for orientation and first aid training together. A third fellow was with us Bob Ellard. when Bob and i returned from lunch we found Ellard checking to see if the CPR dummy was anatomically correct. That was when i first say the infectious smile and laugh that Bob had. We worked together for a lot of years and he was a true professional and i enjoyed working with him throughout our time at Indian Point. I will miss him and so will many others,
Comment Share
Share via:
JB

Posted Dec 09, 2019 at 08:58pm
I have fond memories of Bob leading Steven & I on hikes along the trail behind our house. He would share history of the area and show off his knowledge of the flora & fauna. He was a teaser, but was never mean. I never felt he was laughing at me, but laughing with me. Particularly the day I rolled off the trail and down the hill into a mud puddle! Bob was a good person, and you can't ask much more than that of someone. Rosanne Hans
Comment Share
Share via: 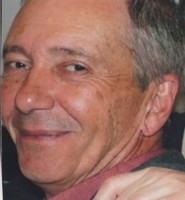 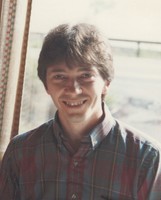