To share your memory on the wall of Chuck Lew, sign in using one of the following options:

Provide comfort for the family of Chuck Lew with a meaningful gesture of sympathy.

Print
Chuck Hee Lew, a resident of Hopewell Junction since 2002, passed away on Friday, December 27, 2019 at Montefiore St. Luke's Cornwall Hospital in Newburgh, NY. He was 84.

Son of the late Sui Wing Lew and Yip Oi Chen, he was born in Guan... Read More
Chuck Hee Lew, a resident of Hopewell Junction since 2002, passed away on Friday, December 27, 2019 at Montefiore St. Luke's Cornwall Hospital in Newburgh, NY. He was 84.

Son of the late Sui Wing Lew and Yip Oi Chen, he was born in Guangzhou, China on November 1, 1935. He emigrated to the United States in 1962 and resided in Bronx, NY where he owned and operated New Din Dragon Restaurant for many years. Chuck continued to work as a chef at other Chinese restaurants until his retirement in 2006. His hobbies included walking and taking trips to Atlantic City.

In 1967, he married Fung Shang Mak in Hong Kong, China. Mrs. Lew survives at home in Hopewell Junction. Additional survivors include his son, John S. Lew of Hopewell Junction as well as many nephews and nieces.

For online tributes, you can visit Chuck’s Book of Memories at www.mchoulfuneralhome.com.
Read Less

Consider providing a gift of comfort for the family of Chuck Lew by sending flowers.

We encourage you to share your most beloved memories of Chuck here, so that the family and other loved ones can always see it. You can upload cherished photographs, or share your favorite stories, and can even comment on those shared by others.

Posted Jan 03, 2020 at 06:42pm
Dear Mrs. Lew,
So sorry to hear of Chuck Hee’s passing. Our thoughts and prayers are with you at this difficult time.
Sincerely,
Dellacorte family
Comment Share
Share via: 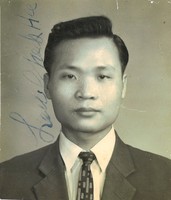