To share your memory on the wall of Thomas Murphy, sign in using one of the following options:

Print
Thomas A. Murphy, 81, a Union Vale resident since 1994 and previously of Somers for 30 years, died on December 31, 2019 at Vassar Brothers Medical Center.

Tom was a teacher at Mahopac High School for 35 years until his retirement in 2000. He also coached Track and Field and JV Football. He was a beloved EMS Captain, Past Assistant Chief of the Rescue Squad, and Life Member of the Union Vale Fire Department where he was a friend to all and a role model to many. Tom was an elections inspector for the Board of Elections and an avid Army Football, NY Giants and Notre Dame fan. He was a parishioner of St. Denis Church where he was a Eucharistic Minister at Mass and at the Wingate at Dutchess, and member of the RCIA Program.

He is survived by his life partner, Patricia Taranto; his children, Catherine Glover and her husband, Philip of Norfolk, VA, Beth McLeary and her husband Joseph of Memphis, TN, and Janet Almasi and her husband Peter of Hyde Park; his grandchildren, Christopher Reid and his wife Jillian, Emma Sweeney, Hannah Sweeney and Murphy McLeary; his great grandchildren, Elijah, Adriana, Victoria and Lorenzo Reid; and his siblings, Joseph Murphy and Kay Tully. Tom was predeceased by his sons, John Sweeney on May 4, 2013 and David Sweeney on May 10, 2011.

Memorial donations may be made to Union Vale Rescue Squad. Please visit Tom’s Book of Memories at www.mchoulfuneralhome.com.
Read Less

Consider providing a gift of comfort for the family of Thomas Murphy by sending flowers.

Posted Jan 06, 2020 at 04:00pm
Thomas was simply put, one of the finest human beings I have had the pleasure of knowing. I met Tom during the later stages of his life, as a member of the local rescue squad. He was in his 70's when I met him for the first time, and the Chief of the squad. He told me that he did not WANT to be the Chief but accepted the responsibility and subsequent other leadership positions solely for the purpose of making sure the squad was managed properly and provided the best service to the community. As a new EMT, in my first year I was so proud that I had 70-ish call responses, and was surprised to see that Tom had almost 300! When I asked him about this, his answer was "is that all"... He told me that he felt that the Chief should go on basically all calls, and anything less than that was short changing the squad and community. During the many times I had the pleasure of talking with him privately, I listened to the stories of a person who really took pleasure in helping others and in general, making the word a better place. He told me how he had known one of the other members of our squad as a kid, and when the local school's PE department was in essence bullying the (then) teenager, he intervened personally to stop the unacceptable behavior. With pleasure he recounted numerous stories about how he shaped the development of youngsters in his many positions as a coach, including coaching the light teams at Army. We often discussed the state of education in the States, and it was clear that in his day, he was a very, very dedicated teacher who took both the profession and his responsibilities as someone who could shape the lives of impressionable youth extremely seriously. He told me that while in college, he had summer jobs that were physically taxing on his body. Carrying refrigerators up/down stairs of city apartments for example, and how he often did more than his share of work due to injuries and lesser-capabilities of his co-workers. What I learned from these stories and from the pleasure of seeing his leadership-by-example characteristics was a consistent picture of a person who made the world a much, much better place as a result of his presence. He will be missed terribly by all who knew him. - Tom Dwyer 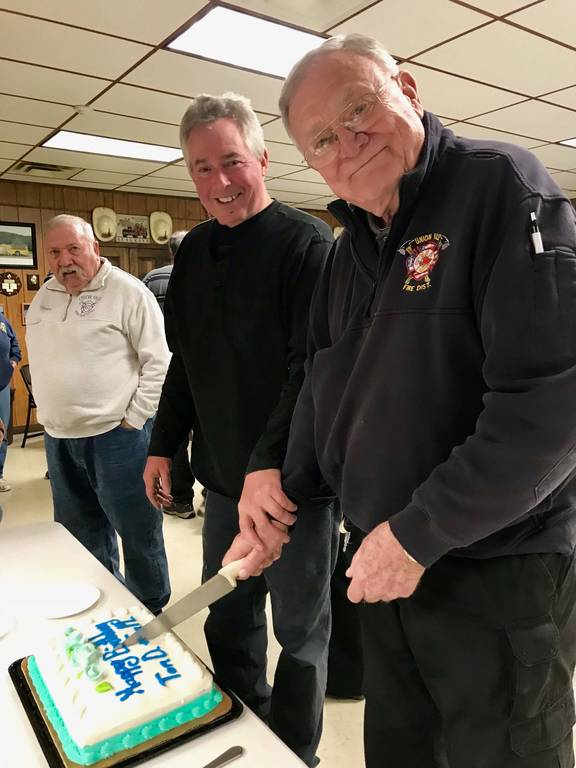 Posted Jan 05, 2020 at 09:31pm
TA, as I knew him from the scholasticate, was a marvelous, generous, wise, adviser to a younger Brother in adapting to Oakdale during my first summer there. We worked together painting and cleaning boilers, but his sense of humor and pleasant demeanor made any task a pleasure. Later when he was at Lincoln Hall, he had one of my students and I then appreciated the professionalism and warm personality he exhibited in turning that boy's life around. May he rest in peace and may his family be assured that he was a very positive influence upon many.
Comment Share
Share via:
GW

Posted Jan 04, 2020 at 03:43pm
Tom, AKA Brother Faber, taught our class of 1967 at St. Joe's in Buffalo. He was not omly a great teacher but also a true role model for young men. With his subtle Irish wit and commanding presence he taught us as much after school as before dismissal. At St. Joe's every class began with a short prayer to St. John Baptist de la Salle and and an asperation that Jesus live in our hearts... forever!
Certainly Tom will likewise live in the hearts of my classmates and all whose lives he touched.

Posted Jan 04, 2020 at 01:14pm
Your dad/ grandfather was my Chemistry teacher at St. Joe's. He was a terrific person who you always knew he cared about everyone of his students. Lord knows he helped me get through that NYS Regents exam. AS nice as he was you didn't want to get him mad or you would be paying a big price. I am confident he was as good a father and grandfather as he was a teacher. Just know that our class will always remember Brother Faber / Thomas Murphy. I will pray that you all get through this difficult time, but know that 50+ years later his students in Buffalo remember him fondly.

Tom taught us at St. Joe's in Buffalo, NY. Our class dedicated our yearbook to him. We learned many valuable life lessons from him. Our wives were regaled with our stories, fondly told, of him. He will be missed but will live in our hearts forever. Jim Mulcahy 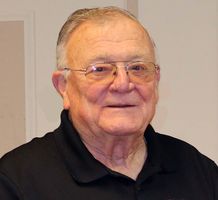 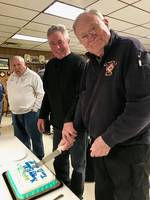