To share your memory on the wall of Todd Eaton, sign in using one of the following options:

Born on February 12, 1970 in Poughkeepsie, he was the son of Elaine (Marcantonio) Eaton and the late Dennis Eaton. Todd graduated from John Jay High ... Read More
WAPPINGERS FALLS - Todd Jason Eaton, 49, passed away unexpectedly on January 2, 2020.

Born on February 12, 1970 in Poughkeepsie, he was the son of Elaine (Marcantonio) Eaton and the late Dennis Eaton. Todd graduated from John Jay High School in 1988 and the University of Michigan in 1992. Todd turned his artistic nature and ability to find the hidden beauty in the surroundings of our daily lives, into a budding career as a photographer. That same innate artistic ability shined through in Todd’s passion for music (later in his life as a member of the band “The Eli Mannings”) and his custom wood working. He was also an avid traveler, leveraging trips to countless international destinations to capture their beauty through the lens of his camera. Through his many travels, which also allowed him to live throughout the US, Todd formed everlasting friendships with many amazing individuals who filled his heart and accompanied him as he enjoyed the peacefulness and comradery of riding his motorcycle, playing music, cooking, and camping. Most of all, he loved his entire family, cherishing his role as the funny uncle to his nieces Ainsley and Campbell, and being a loving companion to his beloved dogs.

In addition to his mother, Todd is also survived by his brother, Kraig Eaton and his wife Katharine of Glen Mills, PA; his nieces, Ainsley and Campbell Eaton; and his cousins. While his passing was sudden and unexpected - his memory will live on forever in those who love him.

Calling hours will be held on Friday, January 10, from 2-4pm at the McHoul Funeral Home of Fishkill, Inc., 1089 Main Street, Fishkill. There will be a Funeral Service at 4pm.

In lieu of flowers, we ask that donations be made in Todd's name to a mental health charity of your choice. A few options include:

Consider providing a gift of comfort for the family of Todd Eaton by sending flowers.

We encourage you to share your most beloved memories of Todd here, so that the family and other loved ones can always see it. You can upload cherished photographs, or share your favorite stories, and can even comment on those shared by others.

Posted Jan 06, 2020 at 06:34pm
I am deeply saddened to hear of the loss of such a great person. I knew Todd in high school and early on in his Michigan studies. He was a sweet, kind, loyal and caring person. We lost touch over the years meeting only one other time by chance around Christmas time in the mall. So sorry for The Eaton Family’s loss as this is a huge loss to anyone who truly knew him. God rest his soul! He will forever have a special place in my heart.
Julie Reed
Wappingers Falls, NY
Comment Share
Share via:
MT

Posted Jan 06, 2020 at 01:16pm
So sorry to hear of Todd’s passing. Though we had lost touch for a long time we were very good friends in the mid 90s when we both worked at Cablevision in Wappingers. We went on a couple of canoe/camping trips with that group, worked on the TV crew for a car race in NH together, went to dozens of movies and dinners, played basketball, etc. He was a good guy and a good friend.
Comment Share
Share via: 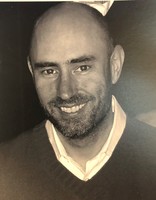 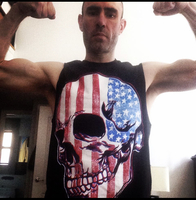