To share your memory on the wall of Thomas Egan, sign in using one of the following options:

Provide comfort for the family of Thomas Egan with a meaningful gesture of sympathy.

Consider providing a gift of comfort for the family of Thomas Egan by sending flowers.

Posted Jan 08, 2020 at 04:24pm
The world will be a sadder place without Tom. He was a good friend to both my husband, Bob and me. While Bob was battling his own illnesses Tom was always there to encourage and just to let Bob and me know he was there for anything we needed. Bob so looked forward to his visits. No one fought harder than Tom did to overcome his medical conditions. Last time I saw him I called him ¨Rocky" because he just kept fighting. I will miss him terribly and my prayers and condolences go out to his family.
Meg Murphy
Comment Share
Share via:
KC

Posted Jan 07, 2020 at 10:05am
So very sorry to hear of Tom’s passing. He will surely be missed. Love and prayers to all the family.
Comment Share
Share via:
HS 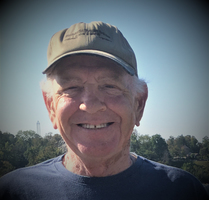