To share your memory on the wall of Edward Camp, sign in using one of the following options:

Provide comfort for the family of Edward Camp with a meaningful gesture of sympathy.

Born on September 1, 1947 in Astoria, he was the son of Edward G. and Frances (Cancro) Camp. Ed had been employed as an Environmental Consultant for Johnson Controls in New York City until his retirement in 2007.

An avid hunter, Ed was a classic car and book enthusiast. He loved spending time with his family and socializing with his friends at Berkeley Square.

Ed was predeceased by his wife, Geraldine (Kierstead) Camp on January 31, 2010; his sister, Geraldine Luek; his nephew, Charles Howell; his sister-in-law, Patricia Giglia; and his brother-in-law, Thomas Thurgood. He is survived by his children, Christopher Camp, Felicia Camp, Jenifer Sanfilippo, Donna Marie Camp Kennedy and husband Vinny, Jomaine Hogan Evans and husband Donald, Walter Hogan and Elizabeth Visconti and husband Louis; his grandchildren, Samantha and Suzie Liu, Rocco and Raquel Raspa, Katrina Kruse and husband Jorden, and Lauren Hogan; his great-granddaughter, Julianna Kruse; his sisters, Joan Thurgood, and Della Galgan and her husband Butch; his brother, Gerald Camp and his wife Michelle; and many nieces, nephews, great-nieces and great-nephews.

Calling hours will be on Wednesday from 1-4pm at the McHoul Funeral Home, Inc., 895 Route 82, Hopewell Junction. There will be a Funeral Service at 4pm. Private interment will be in the Fishkill Rural Cemetery.

Consider providing a gift of comfort for the family of Edward Camp by sending flowers.

I am sorry to hear of Ed's passing. I will cherish the memories of him at Berkley. He was a wonderful man and always so kind to me, my mother and sister. Rest in peace, Ed. GA 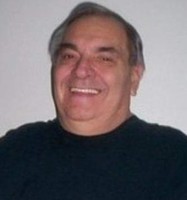