To share your memory on the wall of Barbara Delahay, sign in using one of the following options:

Provide comfort for the family of Barbara Delahay with a meaningful gesture of sympathy.

Born in Syracuse on December 2, 1940, she was the daughter of the late Lewis and Anna Mae (Hess) Bicknell. On August 26, 1961 at St. Joachim Church in Beacon, she married George A. Delahay who predeceased her in 1997.

Barbara is survived by her children and their spouses, Goerge and Elizabeth Delahay of Fishkill and Patricia and Thomas Smith of Bethel, CT; her grandchildren, Thomas, Steven, and Brooke Smith; her sister, Joanne Selage of Hopewell Junction; her sisters-in-law and brothers-in-law, Chuck Theiss, Joyce and Pete Carroll, and Karen Cook; and many nieces, nephews, and friends. In addition to her husband and parents, she was also predeceased by sister, Caroline “Dolly” Case and her husband Charles; her brother-in-law, Pete Selage; and her sister-in-law, Doris Theiss.

Barbara enjoyed working outside of her home as a bookkeeper and legal secretary. However, her passion was spending time with her family and friends.

Visitation will be held on Saturday from 10 am – 12 pm at the McHoul Funeral Home of Fishkill, Inc., 1089 Main Street, Fishkill. The service will begin at 11:45 am at the funeral home followed by burial at Fishkill Rural Cemetery.

Consider providing a gift of comfort for the family of Barbara Delahay by sending flowers.

Posted Jan 10, 2020 at 09:01pm
To Patty and George, I'm so sorry for the loss of your Mom , she was a wonderful person ! Unfortunately I can't attend tomorrow's service because of my work schedule. Thoughts and prayers are with you and your families 🙏
Comment Share
Share via:
MM

Patty, George & Family Our sincere condolences to each of you with the passing of Barb. She was a caring & loving person who we have known for many years because of my sister, Betty Haight. We always enjoyed their company when they came to VT in the summer for the Slater Chem. outing at the lake . Prayers are with you during this difficult time. May she Rest In Peace. Rudy & Jim Aubin 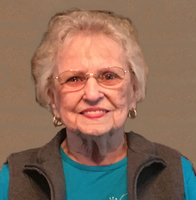