To share your memory on the wall of John Rizzo, sign in using one of the following options:

Provide comfort for the family of John Rizzo with a meaningful gesture of sympathy.

Born in the Bronx on August 6, 1925, he was the son of Salvatore and Francesca (DeCrescen... Read More
POUGHKEEPSIE - John Rizzo, 94, an area resident since 1993 and formerly of Mount Vernon, died on January 7, 2020 at Vassar Brothers Medical Center.

Born in the Bronx on August 6, 1925, he was the son of Salvatore and Francesca (DeCrescenzo) Rizzo. John proudly served our country as a Seabee in the US Navy during World War II. He was employed as a warehouse manager for the Atlantic and Pacific Tea Company in Elmsford. John enjoyed golfing and bowling and was a member of the USBC.

John is survived by his sons and their wives, John and Rosanne Rizzo of Hopewell Junction, and Raymond and Jacqueline Rizzo of Mahopac; and his granddaughters, Taylor and Danielle.

Calling hours will be held on Monday from 10-11am at the McHoul Funeral Home, Inc., 895 Route 82, Hopewell Junction. There will be a funeral service at 11am followed by interment in St. Denis Cemetery with military honors.

Donations are being accepted for: HUDSON VALLEY HONOR FLIGHT INC.

Consider providing a gift of comfort for the family of John Rizzo by sending flowers.

Posted Jan 11, 2020 at 10:12pm
So sorry to hear of the passing of your dad, my Godfather, Uncle John. I will always remember my earliest memories when I was about three years old when my Uncle John and Aunt Paula spent the night at our house and my sister Barbara and I would sneak into their room and jump on them and wake them up. Love to all of you, Susan Sachanko
Comment Share
Share via:
MJ

Posted Jan 10, 2020 at 05:41pm
To John and Ray and families,
So sorry to hear about dad he was always so much fun playing ball with all of us down in Caritas lot. He always seemed to be on the go just never slowing down. He lived a good long and full life thank God and he is resting now.Our thoughts and prayers are will all of you.
Sandy and Phil Aufiero
Comment Share
Share via: 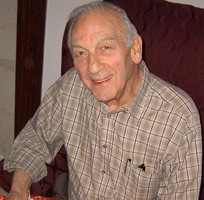 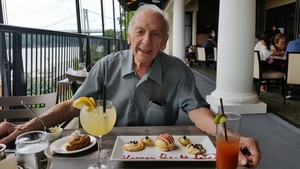 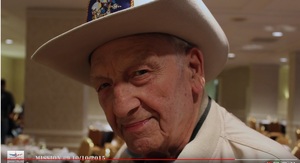