To share your memory on the wall of Michael Usifer, sign in using one of the following options:

Son of the late Joseph and Katherine (Carofano) Usifer, he was born in Beacon on June 12, 1943. A graduate of Beacon High School, he played semi-pro baseball and was later recruited by the Milwaukee Braves’ minor league program. He loved watching baseball and golf, especially the Yankees. Michael was an exceptional bowler and PBA Tour member. He ran the pro shop at Southern Dutchess Bowl for many years with Barry Winter and was inducted into the Mid Hudson Bowling Association Hall of Fame. He also served as a sports commentator for several media outlets. He was a member of the Knights of the Columbus and a parishioner of St. Mary, Mother of the Church in Fishkill.
Early in his career he managed Luckey Platt’s in Poughkeepsie. Later, he earned his law degree and worked as the Fiscal Officer for Rehabilitation Programs, Inc. and also as a tax attorney having owned & operated a legal practice in Fishkill for many years. He retired in 2018.

Survivors include his son, Michael Usifer & his wife Kelly; his daughter, Kristin Kempker & her husband Jimmy; his son, Brian Usifer & his wife Carrie; his grandchildren, Lisa Muscrow, Lara Usifer, Sara Lockett & her husband Prince, and Henry Usifer; his great-grandchildren, Gregory, Madison, Zoey, and Ameliana; his twin brother, Peter Usifer; as well as many nieces, nephews, and other relatives & friends.

Michael was predeceased by his son Christopher Usifer in 2007.

Calling hours will be held from 9 to 11 a.m. on Friday, January 31 at the McHoul Funeral Home of Fishkill, Inc., 1089 Main Street, Fishkill. A Mass of Christian Burial will be offered at 11:30 a.m. on Friday at St. Mary, Mother of the Church, 106 Jackson Street, Fishkill. Interment will follow at the original St. Joachim Cemetery, 60 Falconer Street, Beacon.

In lieu of flowers, memorial donations may be made to the Alzheimers Association (www.alz.org).

For online tributes, you can visit Michael’s Book of Memories at www.mchoulfuneralhome.com.
Read Less

Consider providing a gift of comfort for the family of Michael Usifer by sending flowers.

Posted Feb 06, 2020 at 06:55pm
We remember all too well his amazing recovery after an auto accident so long ago. He was such an inspiration to all of us. Our thoughts and prayers are with all of you. Karen and Vinnie Palumbo
Comment Share
Share via:
KK

Posted Feb 03, 2020 at 10:27am
Mike always had a smile on his face and a joke to tell. He endured a lot over the years but never lost his positive outlook. He was always the first to help someone if they needed it. To say that we will miss him is an understatement. The appreciation that I have for him is beyond measure. Rest easy Mike, you will be missed but never forgotten

Posted Jan 31, 2020 at 03:25pm
I heard of Mike's passing today from a friend who used to work at Rehab Programs. I had not spoken with Mike in decades. I was, at one point, the audit partner from a small Westchester CPA firm and did the annual audit of that nonprofit. Mike was a very smart and funny man and I had a lot of respect for him. He was quite eclectic. You won't know me but my name is Mike McNee and I am the head audit partner now of a very large CPA firm headquartered in NYC with offices along the east coast. I felt it important to say a prayer just now for his soul and in remembering him, it now makes me so sad for your loss. God bless.
Comment Share
Share via:
MB

Posted Jan 30, 2020 at 10:01pm
My condolences to Mike's family and friends. I got to know Mike over the course of many years. He was extremely kind and generous to me and I will always think of him with the utmost respect. He was a man of great dignity, class and perseverance. We shared many laughs and I will always be thankful for his friendship.
Sincerely,
Mark Bolger
Comment Share
Share via:
BD

Going to miss him. Great friend and business associate from Rehabilitation Programs Inc to his private practice. A quality guy. 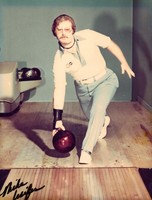