To share your memory on the wall of Gerard Callahan, sign in using one of the following options:

Born in the Bronx on June 16, 1968, he was the son of Diann (Salaun) Callahan of Wappingers Falls, and the late Raoul Callahan. Gerard was raised in Wappin... Read More
BEACON FALLS, CT - Gerard A. Callahan, 51, died unexpectedly on January 27, 2020.

Born in the Bronx on June 16, 1968, he was the son of Diann (Salaun) Callahan of Wappingers Falls, and the late Raoul Callahan. Gerard was raised in Wappingers Falls, and had also lived in Waterbury and Wolcott, CT. He proudly served our country in the US Army in Afghanistan and was the recipient of many medals including the Bronze Star, Army Commendation Medal, Senior Aviator Badge, and Army Achievement Medal.

For the past 8 years, Gerard had been employed as a Logistics Analyst for Sikorsky Aircraft Aviation Company in Stratford, CT. He was a member and volunteer at the Connecticut Air & Space Center in Stratford, CT and was a mentor for the Wolcott High School Robotics Team.

Calling hours will be held on Friday from 2-4 and 7-9pm at the McHoul Funeral Home, Inc., 895 Route 82, Hopewell Junction. The Mass of Christian Burial will be offered on Saturday at 11am at St. Denis Church, 602 Beekman Road, Hopewell Junction followed by interment in St. Denis Cemetery.

Consider providing a gift of comfort for the family of Gerard Callahan by sending flowers.

We encourage you to share your most beloved memories of Gerard here, so that the family and other loved ones can always see it. You can upload cherished photographs, or share your favorite stories, and can even comment on those shared by others.

Posted Feb 04, 2020 at 11:03am
Very sorry to hear of Gerry’s passing. I served with him at the CT AVCRAD. He was a great guy. My deepest sympathy to his family and friends.
Comment Share
Share via:
MH

Posted Jan 31, 2020 at 10:34pm
Such a shock to hear. Our deepest and most sincere sympathies to Connor, Evyn and the family. We will always remember the big smile and a great conversation to be had. Truly an honor to have known him. Rick, Mary, Brittany & Jamie
Comment Share
Share via:
BC

Posted Jan 31, 2020 at 08:57am
On behalf of the members of Schaeffer-Fischer Post 25 Beacon Falls, Ct. we wish to express our sincere condolences to the family members on the loss of Gerard Callahan. May he rest peacefully and enjoy the companionship of his fellow honorable Veterans. With deep appreciation for his service to our Country. “For God & Country” Bruce H. Carlson Commander

Posted Jan 30, 2020 at 08:40pm
Please accept our most heartfelt sympathies for your loss... Our thoughts are with you and your family during this difficult time. 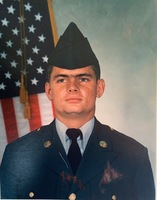 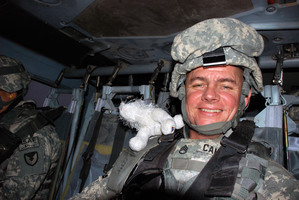 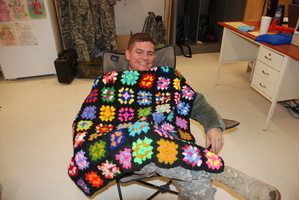 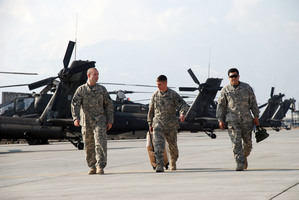