To share your memory on the wall of Anna Bello, sign in using one of the following options:

Provide comfort for the family of Anna Bello with a meaningful gesture of sympathy.

Print
Anna Bello, of New Milford, Connecticut and formerly of Hopewell Junction and Ossining, passed away on Friday, January 31st, 2020 at Danbury Hospital. She was 81. Anna was born on May 11th, 1938 to the late Luigi and Concetta Silvestri.

... Read More
Anna Bello, of New Milford, Connecticut and formerly of Hopewell Junction and Ossining, passed away on Friday, January 31st, 2020 at Danbury Hospital. She was 81. Anna was born on May 11th, 1938 to the late Luigi and Concetta Silvestri.

Anna was predeceased by her husband, Ralph, whom she married on May 7th, 1961 at St. Mary, Star of the Sea in Brooklyn.

In addition to being a devoted member of the New Milford Seniors, Anna was an animal lover, enjoyed playing cards, trying her luck at the casinos in Atlantic City, going to the beach, but most importantly, spending time with her grandchildren who were her world.

Consider providing a gift of comfort for the family of Anna Bello by sending flowers.

We encourage you to share your most beloved memories of Anna here, so that the family and other loved ones can always see it. You can upload cherished photographs, or share your favorite stories, and can even comment on those shared by others.

Posted Feb 03, 2020 at 06:38pm
Momma there are no words to describe the pain I feel for the loss of you. You left a hole in my heart that will only be filled again when we’re back together. You were my best friend, it was always me and you. Tell daddy, Debra and Michael I said hello. If you can just send me a sign to say your up there safely that would be wonderful. Watch over all of us. I’ll take you with me when I get married okay, when I have a baby too.
Love you always and forever your marm Christine 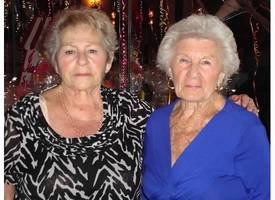 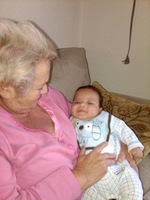